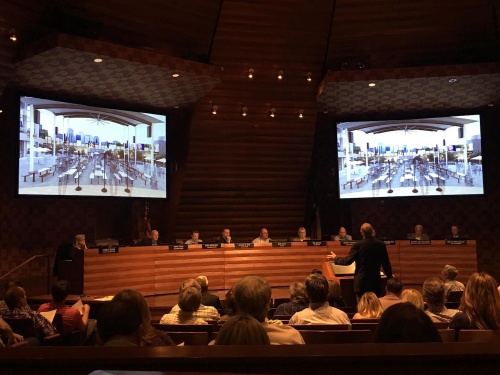 The Frisco Planning and Zoning Commission approved a specific-use permit Tuesday for an almost 7-acre entertainment venue called Music City on the east side of the Dallas North Tollway.

The project will have a 1,002-seat indoor theater, 390-seat outdoor stage and a restaurant. According to city documents, the facility will host concerts, movies, wine festivals and theater productions.

The property is currently owned by the Frisco Economic Development Corp. and is located on the east side of the DNT just north of McCandless Way. The property is also just south of the $2 billion Wade Park mixed-use development, which is now facing foreclosure.

Overall, commissioners said they liked the design of the project and believe it complements what Frisco has to offer.

Commission Chairman Robert Cox also pointed out in the meeting that this venue does not replace the plans for a potential performing arts center.

"There's a different set of needs for a music venue than there is for a performing arts center," Cox said. "I think we have a need for this in our city."

Request for permit will go before City Council for final approval.
SHARE THIS STORY