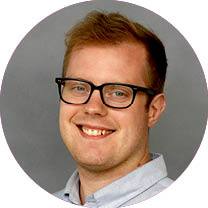 Cibo Kitchens Owner Matt Calloway was inspired by a deli owner in Plano about 12 years ago who rented out kitchen space. (Matt Payne/Community Impact Newspaper)

A ​​new for-rent space at the Patios at the Rail in downtown Frisco could serve as a catalyst for the next culinary masters, said owner Matt Calloway.

Cibo Kitchens opened April 28 at 7511 Main St. The membership-based satellite kitchen is equipped with enough space to host two teams at once. Chefs can cook there for an hourly rate.

Calloway said clients have inquired about renting restaurant space over his time working in commercial real estate. He added finding adequate cooking space in Frisco is often difficult for fledgling chefs due to high real estate prices in the city.

About 12 years ago, Calloway said he taught locals how to make cocktails while working for Bacardi. After a difficult search for a shared kitchen, he was able to find a deli owner in Plano who rented her kitchen out to others. He said the concept stuck with him.

“You basically need at least [$6,000] a month to try to rent a restaurant in Frisco. The overhead’s a lot,“ Calloway said. “I want to create a space that will help small food entrepreneurs bridge the gap between cooking out of their house.”

Cibo Kitchens members are allowed 24/7 access to the kitchen, Calloway said. Members are also able to host pop-up events or sell items via food delivery services such as DoorDash.

Established chefs can also benefit from Cibo Kitchens, according to Calloway. Members can rent refrigeration units to store food.

“Here, [chefs] can try out their concept and see if it’s something they want to do to the next level,” Calloway said. “Or we have people who are already killing it that just need more space.”

Plans to evolve the space into a filming studio are in place, Calloway said. He described a future setup of four remote-controlled cameras filming a cooking program at all angles to boost marketing for restaurateurs.

“We want to help people grow their food business by the hour,” Calloway said. “It’s definitely a unique concept where we can have many small food companies.”