Tourism district could bring more visitors into the city 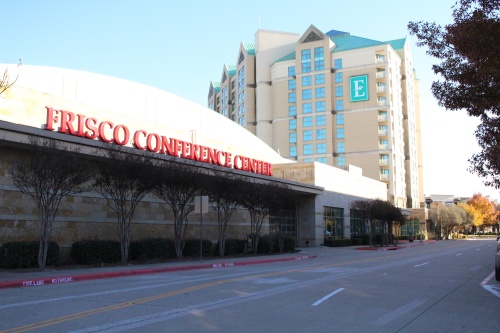 Hotels eligible to participate in Frisco's potential tourism public improvement district must have at least 75 rooms.

The city of Frisco wants to create a new public improvement district that would attract more tourism to the city. To do this, the city will need the Texas Legislature to approve the district in the upcoming session that begins Jan. 8.

On Oct. 17, Frisco City Council approved a resolution for staff to pursue the creation of a tourism public improvement district, or TPID, which would collect a 2 percent fee from room rates of participating hotels. The TPID fund would be used for marketing efforts and incentive packages to attract groups to Frisco.

Visit Frisco, formerly the Frisco Convention & Visitors Bureau, collects more than $6 million a year from the hotel occupancy tax, which is a separate tax on room rental rates that the state requires. If the TPID is approved it would generate roughly $2 million in additional funds in one year with the existing number of hotel rooms, Visit Frisco Executive Director Marla Roe said.

Frisco has 17 hotels, 16 of which could participate in the TPID. Another six eligible hotels are under construction, and five others are planned.

“Tourism is seen as a big part of our local economy, and we feel like now with the amenities we have here, we can compete with any big city,” Cheney said. “We’re looking to have the same tools to level that playing field.”

Only a handful of Texas cities are authorized to have a TPID. The first city authorized was Dallas in 2011. Since then four other cities have been approved by the state Legislature.

“It’s a very competitive environment, and the growth in the number of hotels has skyrocketed, not just for Frisco but in our neighboring cities,” Roe said. “So to have funding available to help offer incentives for groups to pick Frisco over another location would be huge.”

Public improvement districts can be established in a defined area with property owners having control over services or improvements, according to state law. A TPID includes hotels all over the city. A TPID was a newer piece of legislation that was introduced in the 2011 Texas legislative session for the city of Dallas. Now any Texas city that wants a TPID must be authorized by the state Legislature. If Frisco is approved there are several steps before it can create a TPID.

After a city receives approval from the Legislature it needs to gather support from eligible hotels. Frisco’s proposal is to create a district with hotels that have 75 rooms or more.

Several hotel operators have already expressed their support, such as Rich Lundt with Embassy Suites in Frisco.

“Frisco is an emerging market, and [a TPID] is going to give us a lot of flexibility to promote our market,” Lundt said. “It gives us an opportunity to entice groups that haven’t been with us before.”

Frisco City Council would then hold public hearings on the proposed district before calling for a vote.

A board of directors to oversee the TPID would be made up of hotel operators who will draft a service plan and an annual budget on how to spend money each year with the help of Visit Frisco. City Council will need to approve the budget each year.

If the board sees no benefit from the TPID, it can disband the district.

Roe said the city could start collecting money from hotels as early as 2020.

Visit Frisco would need assistance from legislators to sponsor a bill in the upcoming state legislative session. Visit Frisco planned to reach out to legislators in early December, Roe said.


Benefits to the city

According to the most recent Frisco tourism study for 2016-17, the city saw more than 6 million visitors, generating $32.1 million in tax revenue for the city.

Roe said if more people visit and stay in Frisco hotels, there will be more sales tax revenue flowing into the city.

“If the city receives more sales tax revenue it would not only help city services, it would provide tax relief for the taxpayer,” Roe said.

Since the district started in Dallas in 2012 the city has seen a 16 percent increase in its overall hotel occupancy rates and collected more than $15 million each year from hotels with 100 rooms or more.

In 2015, Arlington, Austin, Fort Worth and San Antonio also received authorization from the Legislature to create their own districts. Arlington and Fort Worth have already implemented their districts and are expected to collect more than $3 million each for fiscal year 2018-19.

Denton, Waco and Amarillo are also seeking authorization during this upcoming legislative session for the creation of TPIDs.

Scott Joslove, president and CEO of Texas Hotel and Lodging Association, has helped each of these cities as they pursued authorization and implementation of their TPIDs.

“The benefits for these cities have been phenomenal; it promotes economic development citywide,” Joslove said. “When you have additional incentive and marketing of hotel activity, your restaurant activity goes up and so does your retail activity and property tax revenue.”
SHARE THIS STORY