Stonebrook Family Pet Clinic is one of several businesses in Frisco that had experience some delays when requesting permits for its new facility.

When Dr. Craig Buffington set out to build a new facility for his practice Stonebrook Family Pet Clinic, he anticipated the building permit process would take about two to four months. Instead the process took him six to eight months before being able to start construction.

Buffington is one of several business owners who say the city of Frisco’s permitting process is slower than expected, citing communication issues and misunderstanding parts of the process.

City officials say for new business owners in particular, the process can last longer than expected because of the intricacies of Frisco’s specific process.

“Over the years, I have definitely heard some comments about the permitting process [in Frisco], and more often than not it does come down to the lack of awareness or familiarity with the Frisco process,” said Tony Felker, Frisco Chamber of Commerce president.

From January to September this year, the city of Frisco issued 407 commercial permits, including new construction, interior finish-outs, alterations and additions.

A challenge with the increasing number of permits is staffing levels, Frisco Development Services Director John Lettelleir said. The city does not want to be at a point where it is overstaffed and, in turn, has to lay off people if the permitting numbers do not continue to climb, he said.

“It’s hard to foresee when you’re going to have an increase,” Lettelleir said. “We try to look at the past, but the past doesn’t always predict the future.”

The first tract is the project tract, which refers to installing infrastructure such as water and electricity and having site plans approved. The second tract is when the city’s building inspections department starts accepting permit applications for new buildings.

Lettelleir said a site plan can be approved within 30 days or fewer, but there are contributing factors as to why it may take longer.

“It really depends on who [the business owner] hires to do their work,” Lettelleir said. “There are some people that will turn in a good set of plans, but if they don’t it takes longer depending on how quickly they respond to staff comments.”

Lettelleir said the planning department has two scheduled submission dates for new projects each month—with the exception of two months out of the year where there is only one submission date because of holidays. Plans must be submitted by noon on each scheduled date. If plans are submitted after the deadline, they are held until the next submission date. Once plans for new projects are submitted, city staff compiles the submissions and breaks up a list for other departments—such as engineering services, the fire department and public works—to review. City staff then has 10 days to provide feedback on those plans. After receiving feedback, the applicant has until the following week to submit corrected plans.

In that same week, staff will meet again to go over the corrected plans to see that all the feedback was addressed. If the applicant has not addressed all the comments, city staff returns the plans and the applicant has two weeks to resubmit them.

Buffington said he found this timeline to be difficult to work with when he started out.

“At first we had a lot of changes to address, and we didn’t have enough time to do it, especially when my guys have other jobs to do,” Buffington said.

Lettelleir notes that if applicants miss the deadline to resubmit corrected plans, they can resubmit at a later time.

“That’s a schedule we have and have been operating under for years, and all the departments have other functions to perform as well,” Lettelleir said. “But it’s really up to [applicants] when they want to resubmit; we have no control over that. Sometimes we don’t hear back from an applicant for maybe one or two months.”

Lettelleir also explained it is important for the applicant to respond to all the comments given by the city; not doing so can also prolong the process.

“Sometimes [applicants] respond to all the comments, or sometimes they respond to only some of the comments, so then it becomes a back and forth,” Lettelleir said. “So it’s an unknown factor of how long it’s going to take, but the city isn’t going to approve plans until those plans meet the minimum requirements.”


Improvements to the process

Lettelleir said changes have been made throughout the years to make the process smoother. Some of those changes include reducing the page count for a permit application.

“We try to step back every now and then to see if we need to do things differently to simplify the process,” Lettelleir said.

The chamber also works with business owners and the city to improve the permitting process, Felker said.

“After hearing a lot of stories from business owners and talking with the city, [city staff] started to [email] both the contractor and the business owner to cut down on any confusion,” Felker said. “Everyone is involved with the game and much more familiar with what the real issues are.”

However while this has helped, Lettelleir said it has not had the intended results city staff  has hoped for.

“In other words, business owners are busy and in my opinion, they may miss or may not check their emails for project status updates,” Lettelleir said.

The main issue Felker sees is that new business owners are not aware of the process in Frisco.

“Frisco has very stringent standards, and they’re that way for a reason so that over time you minimize maintenance and you keep up the standards we have here in Frisco,” Felker said. “If you haven’t done business in Frisco, it’s important to have a pre-meeting with the city to educate themselves on the process.”

Lettelleir said he often has meetings in advance with business owners and contractors to go over the process before they submit plans or permit applications. He recommends new business owners meet with city staff so they are more informed on the process and do not experience any delays.

Steve Zeigler, a franchise owner for several Jersey Mike’s Subs locations in Frisco and Plano, said since he opened his first location six years ago the permitting process has only gotten better. Zeigler plans to open a new location in Frisco in December.

“As the city’s grown, they’ve added more staff, there’s more organization; the process is just a lot smoother for us this time around,” Zeigler said. “It also helps that we’re invested in this community and are familiar with the process now.”

Buffington said the process might have gone faster for him if he had a crew that had worked in Frisco before.

“I think [Frisco does] a great job and are consistent with how they apply the rules, but there are many more rules in Frisco than any other city,” Buffington said. “That can be very frustrating for developers, builders and things of that nature. But I would say in Frisco you will be greatly benefited to get an architect, engineer and builder that has built in Frisco at least once before if not more.”

Felker said the chamber tries to meet with business owners after they have gone through the permitting process to document if there were any issues.

“We also try to schedule a meeting with the city so that if there is improvement that can be done we can work
to look at what the problem is and find out if there is room for improvement and how to tweak the process,” Felker said.
SHARE THIS STORY 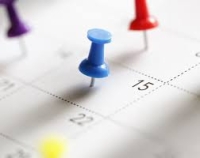