Lewisville Lake experienced the wettest May this year since 2015, with water levels peaking at 529 feet above sea level, according to the U.S. Geological Survey.

When the level exceeds its capacity of 522 feet above sea level, access to the lake and its amenities is restricted for safety purposes.

By mid-July, Lewisville Lake had returned to safe levels. Lewisville and Highland Village officials have reported that most areas, including roads, parks and campgrounds, have been reopened to the public.

“[Lewisville Lake] is one of the attributes that makes Highland Village what it is,” said Phil Lozano, Highland Village director of parks and recreation. “I would say it’s very important to this community.”

The same goes for the city of Lewisville, Parks and Recreation Director Stacie Anaya said.

“Taking away recreation amenities that people are attached to is tough,” she said.

The man-made lake stretches 28,980 acres and serves as the northern border for both Lewisville and Highland Village. Its main purpose is for flood control, said Robert Jordan, who is the U.S. Army Corps of Engineers’ lake manager for Lewisville and Ray Roberts lakes.

The lake’s water level is based on more than just rainfall. Water also pours in from numerous creeks in the Trinity River Basin as well as from Lake Ray Roberts to the north.

“Any time the lake gets above 522 [feet], the Corps’ mission is to release that excess water and get the lake back to that level as quickly and safely as possible,” Jordan said.

But it is sometimes a slow process. And that means some amenities were unusable early in the summer because of flooding.

“We’d get calls from all over [the Dallas-Fort Worth area] asking when the parks or boat ramps would be open,” Lozano said. “We are constantly monitoring the levels.”

Lewisville’s Lake Park shut down in May due to the high water levels but has since reopened. Anaya said shutting down parks is not desired, but the city has to keep people and property safe.

Some businesses that rely on Lewisville Lake were also impacted by high water levels.

Carl Burmeister, owner of boat and jet ski rental service Aloha Hydro Sports, has been on the lake for 27 years. For him, water levels made this the second-worst year he has had for business, the worst being 2015.

“It kills [business],” Burmeister said of the higher lake levels. “We don’t do hardly any business.”

Jacky Wiggins, who has been a fishing guide for Grapevine, Lewisville and Ray Roberts lakes for about 30 years, said higher water levels can help his business because they allow fish to have more areas to hide while reproducing, which gives their offspring better chances of avoiding predators.

But when the water gets too high, he said his business suffers because lake access is restricted.

“[Shifting lake levels] are something we have to live with,” Wiggins said.

As of July 29, Lewisville Lake measured just below capacity at 521.93 feet above sea level, according to Corps data. Anaya said the city’s boat ramps are open, but the courtesy docks are under repair after being damaged by waves and being submerged. There is no date on when repairs will be complete, she said.

Lozano said Highland Village has started working with the Corps on a master plan to improve and repair its parks.

“Our main goal is to provide a safe environment, good recreation and opportunities for people to get together and make memories,” Lozano said.

Parks in Flower Mound along Grapevine Lake were also closed due to the May flooding. Twin Coves Park and Campground started taking reservations for cabins and tent sites in early July and officially reopened July 18. 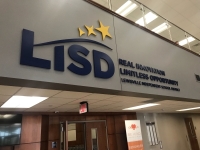 Lewisville ISD announced March 26 that district schools will remain closed through April 17 due to the outbreak of COVID-19. 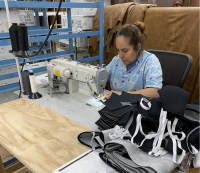 After hearing that local health professionals were in need of face masks, Mitch Lurie, owner of The Leather Sofa Co. in Lewisville, decided to use his custom furniture business to make and donate 3,000 face masks.

Which stay-at-home orders apply to North Texans? It depends on how strict governments are, legal expert says.

North Texas governments are tightening restrictions on where people can gather as the rate of new coronavirus cases show no sign of slowing.

The group of 90 area hospitals asked Gov. Greg Abbott to enact a statewide "shelter in place" policy similar to one recently announced in Dallas County and another being considered in Collin County.