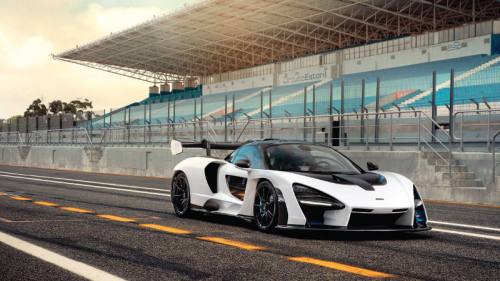 McLaren manufactures some of the worldu2019s fastest supercars, some of which reach top speeds of 217 miles per hour.

The latest corporation to move its operations to Coppell builds some of the world’s fastest and most expensive luxury sports vehicles.

Supercar manufacturer McLaren Automotive announced Sept. 12 its plans to relocate its North American headquarters from New York City to 1405 S. Belt Line Road, Coppell. The company expects for all employees to be fully moved in by February.

The British company’s manufacturing and global operations will remain in the United Kingdom, according to a company news release.

The move centralizes the auto company’s North American operations. It also increases its footprint from a 4,500-square-foot New York office suite to a 30,000-square-foot space in Coppell’s light-industrial district, according to the release.

Coppell Mayor Karen Hunt said the news has drawn positive responses from other cities in the region.

“It’s really been kind of fun that—although the [North Texas] cities compete—when someone does win, everybody rejoices together,” Hunt said. “It is a great win for the region, and it’s also a great win for Coppell.”

“Our team is thrilled to welcome McLaren’s new North American headquarters to our region,” Petroskey said in the release. “We enjoyed working with the McLaren team over the past few months to encourage and support this decision. The fact that this globally respected company—with its reputation for luxury, performance and innovation—chose Coppell is yet another example that Dallas-Fort Worth is the ideal location for international mobility and technology companies.”

Though McLaren North America is moving to a larger space, nearly half of its 27 employees will be housed in the new office, according to McLaren. The additional square footage will accommodate the storage and maintenance of company vehicles used for marketing, press and events.

“We are thrilled that McLaren North America has decided to move to Coppell,” Mindi Hurley, Coppell’s community development director, said in the release. “This is an exciting development opportunity for the city. McLaren is a great corporate partner with a long history of excellence, and they will bring more high-quality job opportunities to the area. We are honored that they have chosen Coppell as their new home.”