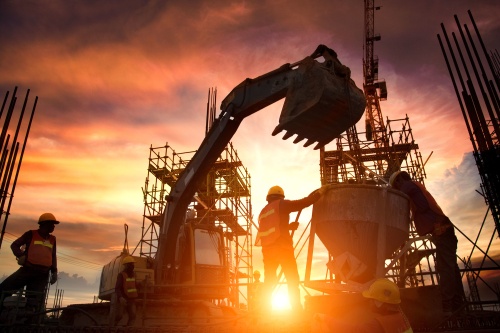 A new Texas law governing local building standards could have a lasting effect on the look and feel of communities, according to industry professionals.

A new Texas law governing local building standards could have a lasting effect on the look and feel of communities, industry professionals said.

Cities will be required to adopt the standard national code for residential and commercial buildings. The law also limits cities’ ability to enforce stricter standards related to building materials, construction methods and aesthetics.

Only 14 votes in both the House of Representatives and Senate were cast against the bill, according to legislative records. Gov. Greg Abbott signed the bill into law June 14. It took effect Sept. 1.

The law opens up new opportunities for builders and buyers, said Phil Crone, executive officer for the Dallas Builders Association.

“A lot of times those aesthetic choices that were made by city council or the city staff were out of touch with what consumers want,” Crone said.

But the proposal drew strong opposition from many others.

This law is damaging to communities, said certified planner Abra Nusser, who serves as president and CEO of Southlake-based boutique planning firm Ideation Planning and has experience working with both cities and developers.

Nusser launched a petition urging Abbott to veto the bill. It garnered 1,607 signatures and 628 comments from Texas city officials, planners and architects opposing it.

“Unfortunately, we didn’t mobilize in time for it to get killed before it left the House and Senate because, honestly, everyone thought it was so absurd that it wouldn’t get legs,” Nusser said.

Southlake Mayor Laura Hill said she is concerned about the future, especially for undeveloped land next to residential areas.

A city should be able to define the character of its community and take what citizens want into consideration, she said.

“Unfortunately, any of these wide-sweeping new laws potentially take a lot of that power away from—not just the city—but more importantly, take the power away from people who have bought their homes in that city or businesses that have built their offices and invested money in this city,” Hill said.

“Unfortunately, many national brands and outside business interests do not share the desire to preserve the unique characteristics of the communities we know and love,” Newton wrote in his letter to the governor.

This appears to be another effort to take away local authority from cities, Tate said in an email to Community Impact Newspaper.

“Builders are not licensed in Texas, and consumers look to their city to provide standards and to make inspections by qualified [personnel] to improve the quality of construction,” Tate said in the email. “Any limitation on local government[s] will make their citizens more vulnerable to fraud and poor workmanship. This is a dangerous precedent.”

With this new law, Grapevine will have to loosen some of its masonry requirements, said Ron Stombaugh, assistant director of planning and zoning for Grapevine. But he said he expects Grapevine to see minimal changes beyond that.

Other cities are still trying to determine what changes they will see as a result of this new law, officials said.

Historic landmarks and buildings “located in a place or area designated for its historical, cultural, or architectural importance and significance” are among those areas exempt from the new law. That applies to Historic Downtown Grapevine areas and Southlake Town Square, officials said. Colleyville has no districts of that kind, so the law affects the whole city, Colleyville Community Relations Specialist Erin Spicer said in an email.

Supporters of the law say it encourages overall competition in the market and works against monopolistic trends that favor some building vendors over others, said Scott Norman, executive director of the Texas Association of Builders.

“If you’re in the business of selling brick and the only buildings built are brick, it’s good for brick business,” Norman said.

Among the industry groups in favor of the new law are the Texas Realtors, the Texas Affiliation of Affordable Housing Providers and the Texas Apartment Association.

“It ultimately helps homebuyers ... because they [will] have choice and competition in the market,” he said.

Builders’ goals are in line with the demands of consumers, who have specific ideas of what they look for in a home, said Kosse Maykus, owner of Grapevine-based building company, Maykus Homes. The new law helps increase options for buyers and architectural styles.

Requiring use of certain materials can lead to higher costs, which make houses more expensive for buyers. The new law will also lead to cost savings that could be passed onto buyers, Crone said.

But Nusser disagrees. There is no data to substantiate this claim, she said.

“What happens is if the home gets cheaper to construct, the developer and the builder do not lower the price of the home. They increase their profit margin,” she said.

The new law may grant aesthetic and stylistic freedom, but it also overlooks the bigger picture, she said.

“There are going to be a lot of angry property owners—frustrated, upset property owners—when their property is devalued by what their neighbor does,” Nusser said. “And the city will have absolutely no way to fix it.”

Despite new limits, cities do have some tools to safeguard these properties. Private deed restrictions between property owners will still be enforced, according to a statement from the Texas Municipal League. Homeowners association rules and development agreements will also remain intact, Norman said.

Development agreements are used by cities and developers to negotiate mutually agreed-upon terms that satisfy both parties, and they can include building standards, Newton said. They are not generally applied to standalone homes or buildings.

These agreements are usually used for commercial centers that bring in sales dollars and jobs, Hill said.

Cities may be paying closer attention to these agreements now to leverage their interests, Nusser said. This is not necessarily to the benefit of developers because they will be required to do more to satisfy cities, and agreements will be negotiated out of the public light.

“Cities have design standards or they have a vision for the community or parts of the community,” he said. “I think the [law] will encourage more cooperation between the building and development community and cities in trying to adopt that vision.”