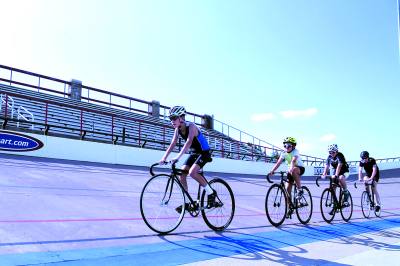 City of Frisco and Collin College will discontinue management agreement with Frisco Superdrome.

The city of Frisco has announced today that the city and Collin College will discontinue its management agreement with Superdrome Management Group, which expires on Dec. 31.

According to a city news release, the decision to discontinue allows Collin College to repurpose the 5.5-acre site to accommodate growth taking place at its Preston Ridge campus in Frisco.

“Since 1998, enrollment at our Frisco campus has grown by almost 400 percent, from 2,255 to about 8,700 students,” Collin College District President Neil Matkin said in the news release. “Space is at a premium, and availability of the land where the track currently exists will accommodate our expansion plans.”

The Frisco Superdrome is one of only two velodromes in Texas (the other is in Houston) and one of several in the country. The facility is a bicycle racetrack with steep banks and a wooden surface.

The Superdrome opened in Frisco in 1998 after the city, Collin College and Electronic Data Systems—a technology company now owned by Hewlett-Packard Co.—entered into a joint venture to bring a new sports facility to the area. The college provided the land and all three entities shared the costs of the $2.5 million facility. One year later EDS withdrew its support for the Superdrome.

Over the years the Superdrome has hosted everything from local clinics to national and international competitions, including the 2000 U.S. Olympic team trials for track cycling, according to the news release.

The news release also states that the facility has undergone significant annual maintenance because of its age. Attendance and use of the track has also declined for more than a decade.

“We recognize our city and the college have evolved over the past two decades,” Deputy City Manager Henry Hill said in the news release. “Our community is shifting emphasis to recreational and road biking. While we’re proud and appreciate the contributions of the Superdrome to our community, the viable life cycle of the facility has reached the end of its life in Frisco.  We agree it’s not efficient for us (the city and the college) to continue to invest and maintain the facility.”

City staff has fielded inquiries about the possibility of relocating the track outside Frisco, according to the news release.
SHARE THIS STORY