Frisco Mayor Jeff Cheney speaks at the topping-off ceremony of the new Baylor Scott & White facility at The Star in Frisco.[/caption]

The Dallas Cowboys held a topping-off ceremony Tuesday for the new Baylor Scott & White Sports Therapy Research at The Star, a 300,000-square-foot medical and health facility that is set to open April 2018.

“When we had started The Star, we knew we wanted to create something that was really about our fans getting to experience the Cowboys in ways they never have before,” said Jerry Jones Jr., the Cowboys’ chief sales and marketing officer. “We also wanted it be to be about sports, sports nutrition, sports innovation and sports medicine.”

The facility will also incorporate technology such as Fusionetics, an evidence-based platform to help optimize athletic performance, reduce injuries and speed up recovery time. The facility is part of a partnership between Baylor Scott & White, the Dallas Cowboys and Frisco ISD. Construction on the Baylor Scott & White Sports Therapy & Research at The Star is expected to be complete next year.[/caption]

Frisco Mayor Jeff Cheney said the city's sports investments have had an impact throughout the entire community. 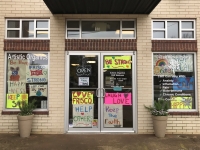 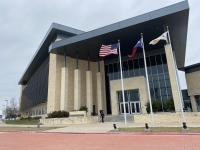