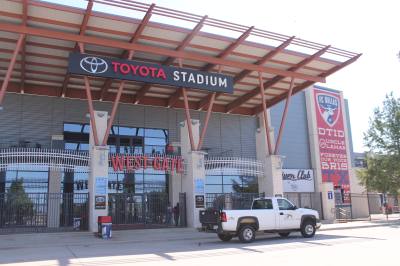 The National Soccer Hall of Fame is set to be housed at Toyota Stadium.

The total amount of the bonds to be sold will not exceed $39 million. The bonds will fund additions to the stadium, including the future location of the National Soccer Hall of Fame.

The 24,000-square-foot hall of fame is scheduled to have a soft opening by December 2017. Construction for the stadium improvements is set to begin this year.
SHARE THIS STORY

Read up on ongoing and upcoming transportation projects happening in the Frisco area.

Frisco’s Planning and Zoning Commission gave nods of approval toward adding more large-sized residential lots in a neighborhood to be located near the future PGA headquarters.

Drumsticks, wings and chicken strips are served in soy garlic and spicy varieties at Bonchon stores.

Treasure Box Toys to offer board games, gifts in Frisco

The family-run store offers a selection of trending and educational toys.