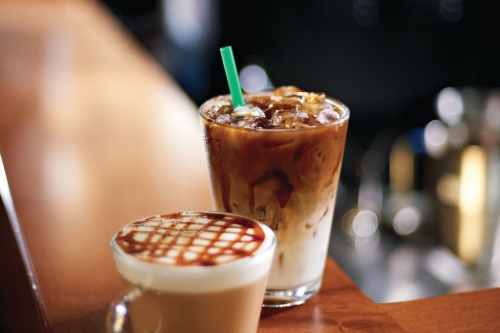 Southlake City Council approved artwork to be placed on the side of the Starbucks store in Southlake but denied requests for changes to its LED drive-thru sign at its meeting Tuesday.

Southlake City Council deliberated for more than 30 minutes at its meeting Tuesday regarding signage for the Starbucks store at 2155 W. Southlake Blvd.

"It's the principle here," Mayor Laura Hill said regarding her opposition to the changes of the drive-thru signs. "You won't have any control of what it looks like. If this were a small business, we'd be giving them a hard time. I don't know why we're being so nice to Starbucks. They want static posters on their screens."

Council Member Chad Patton said the signs as proposed by Starbucks were no different than what many other fast-food chains use and did not see a problem with it.

"This is a more efficient way of doing it, but it's the same principle," he said.

The changes Starbucks proposed would allow a barista to appear on the screen as well as a display that would track the order and total for the order in the drive-thru. When a barista was not on the screen, the image would change to a static image of a featured Starbucks food or drink.

"This is an additional promotion," Hill said.

Starbucks also proposed a 5-by-18-foot piece of artwork to hang on the side of the building featuring scenes from its different roasteries.

Hill said she liked the exterior artwork for the side of the building as proposed.

Council Member Randy Williamson made a motion to approve the exterior artwork but denied the changes to the drive-thru screens. The motion was approved 4-2.