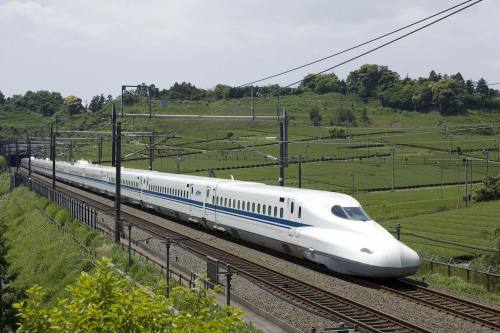 Proponents and opponents of high-speed rail projects like the one Texas Central is proposing clashed at a Senate Transportation meeting Wednesday. The two groups testified over a series of bills that would delay progress on the project to connect Houston and Dallas in a brief train ride.

Here are the bills the hearing focused on:

These five bills are just a selection of the many that have been filed to impose regulations on high-speed rail projects. Many of those bills were filed by rural lawmakers.

Ultimately, all of the bills heard by the Senate Transportation Committee Thursday were voted out of the committee, by a strong majority. Only Sen. Sylvia Garcia, D-Houston, casted votes against some of the bills, including, SB 977, SB 980 and SB 981.

Kyle Workman, the president of Texans Against High Speed Rail, testified in favor of all five bills saying the proposed usage of the corridor between Dallas and Houston would be limited.

Chris Lippincott, the executive director of Texas Rail Advocates, said the bills presented could easily be expanded to discourage further investment or growth in Texas.

"Why wouldn't they think that the proposals before you today could be expanded eventually to include right of way for highway projects that serve factories, freight rail lines that move agricultural goods or commuter projects that serve suburbs of Houston, Austin or other Texas cities?" Lippincott said.

Texas Central articulated a similar sentiment in a written statement they released following the hearing.

“We are asking to be treated like any other company investing in Texas, creating thousands of jobs and building a major infrastructure project—all without taking government grants," the statement said. "We need to keep Texas open for business and attractive to entrepreneurs willing to invest in the state’s future."

Tim Keith, the president of Texas Central Partners, addressed each bill individually. He asked for the opportunity to work with the authors of SB 975, which addresses security, to adjust language while recognizing the importance of the bill overall. Keith said SB 977 would not, on its face, impact Texas Central, as they entity does not plan on taking any state funding, but could impact the Texas Department of Transportation from performing its duties.

When addressing SB 979, Keith said Texas Central has no desire to use eminent domain, but would use it only in a last ditch effort to secure rights to land. Regarding SB 980, Keith said the bill would not impact Texas Central directly. Finally, Keith addressed SB 981. He said if the state required multiple use for train lines, more risk would be introduced into Texas Central's proposed project.