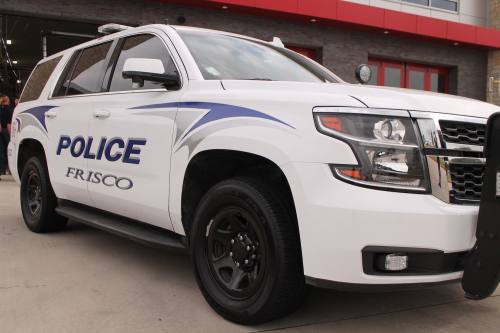 The city of Frisco is looking for a new police chief.

The city of Frisco has announced three finalists for the police chief position. The public is invited to meet the finalists at 7 p.m. Oct. 14 at the Frisco Police Department.

After the Oct. 14 event, the candidates will have interviews Oct. 15. The city plans to name a new chief by the end of October, according to a news release.

Geron has worked for the Dallas Police Department for 27 years. He oversees the department's the Criminal Investigations Bureau. Geron has a master’s degree from the Naval Postgraduate School and a bachelor’s degree from Midwestern State University. He graduated from the FBI National Academy and the Caruth Police Institute’s Executive Leadership Series.

Pughes has worked for the Dallas Police Department since 1990. Pughes is the acting chief at DPD in the absence of the Dallas police chief. He was previously a deputy sheriff in Jefferson County, Colorado. He has a master’s degree in human relations and business from Amberton University and a bachelor’s degree in criminal justice and criminal psychology from Metropolitan State University of Denver.

Shilson has worked for the Frisco Police Department since 2002. Shilson was a police officer for the College Station Police Department. He has a Master of Public Administration degree from The University of Texas at Arlington and a bachelor’s degree in criminal justice from Texas A&M University. Shilson graduated from the FBI National Academy, Law Enforcement Management of Texas and Senior Management Institute for Police.

The city is searching for a new police chief after former chief John Bruce retired in June to take on the police chief position in Richland, Washington. Interim Chief Greg Ward will resume his previous role of assistant chief after the new chief is hired, according to the city.