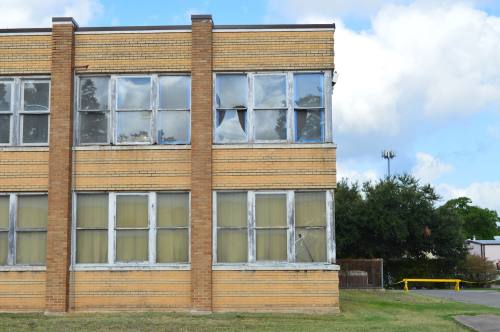 Austin State Hospital originally opened in 1861. An independent review in 2016 found that many of Texas' state psychiatric facilities needed major renovations or reconstruction.

Three years after an independent audit found Texas’ psychiatric hospitals in need of major renovations or replacements, renovation efforts are underway to make Austin State Hospital the envy of mental health facilities across the country.

State and local officials gathered at the Austin State Hospital campus Oct. 3 to break ground on the first round of construction on the more than 100-year-old mental health facility.

“We're going to build a hospital that is going to be modern, truly cutting-edge, where people will progress from their own rooms … through stages of recovery that prepare you to get out of the hospital,” said Dr. Stephen Strakowski, associate vice president of regional mental health at Dell Medical School at the University of Texas at Austin.

More than $180 million of funding for the restoration was approved by the 86th Texas Legislature this past spring for the design and initial round of construction of a state-of-the-art mental health facility. The new 240-bed building will replace the old buildings currently on the Austin State Hospital campus, according to documents from the Texas Health and Human Services Commission.

Construction of the new facilities at Austin State Hospital is estimated to have a total price tag of approximately $305 million, according to HHSC documents. Executive Commissioner Dr. Courtney Phillips said the agency will return to the state to request the last round of funding.

Construction began on the original Austin State Hospital in 1857, and it began operations in 1867, making it the oldest mental health hospital in Texas, according to the Texas State Historical Association.

In 2017, the Texas Legislature earmarked $15.5 million to plan for the redesign of the Austin State Hospital campus after a 2016 independent review found the state’s mental health hospitals in need of major renovations or complete replacements.

The construction of the new three-story, 380,000-square-foot Austin State Hospital is one of five projects across the state to restore or reconstruct psychiatric health facilities.

A combined $745 million is planned for the construction and restoration projects at Rusk State Hospital, Kerrville State Hospital, San Antonio State Hospital and the UTHealth Continuum of Care Campus for Behavioral Health. Phillips said the projects will add more than 350 psychiatric health beds across the state.

The projects are a coordinated effort by the state to improve Texas’ mental health operations, local and state officials said at the Oct. 4 groundbreaking. Officials hope Austin State Hospital, in particular, will become an industry standard for mental health practitioners.

“We're going to move Texas from being a little behind to being at the forefront of delivering the best inpatient care you can deliver, right here on this campus,” Strakowski said. “This is truly a wonderful opportunity for us right here in Central Texas to show the country this is how you take care of your most vulnerable citizens.”

State Sen. Kirk Watson, D-Austin, told those in attendance that he hopes the new hospital campus, at the end of its construction, will be held in the same regard for mental health care as The University of Texas MD Anderson Cancer Center is viewed as a leader for treatment of cancer.

“We break ground today on a 21st-century brain health hospital that will be the focal point of building out a continuum of health care that will be, I predict, envied,” Watson said.

The new Austin State Hospital facilities are slated to open in 2023, HHSC officials said Oct. 3. In the meantime, hospital staff will continue to serve patients on-site.