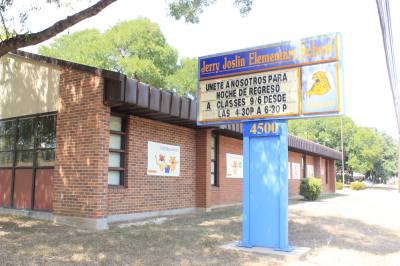 Austin ISD announced in a news release Oct. 21 that it had received a $284,000 grant for South Austin’s Joslin Elementary School, one of 12 schools named as a possible closure in the district’s ongoing school changes plan.

According to the district, through the grant from the Texas Education Agency, the school will transition into a city-wide foreign language academy called Joslin Foreign Language Elementary School. The academy will expose students to Chinese culture and Mandarin Chinese, and it will feature a Chinese dual-language immersion program with subjects taught in both English and Mandarin.

According to the release, Joslin’s campus advisory council voted to create the new program, which has been under development “for more than two years.”

“It's important to note that the School Changes proposal would be a sequenced plan, so not all of the proposals would be included in year one,” she said. “Programming is not tied to one building, so it’s possible that this program could be incorporated into future versions of scenarios.”

District leaders are currently reviewing community feedback and reflecting on how the next version of school changes scenarios could better serve the district, she said.

“We are still focused on innovating academic programming for our students, including this grant,” she said.
SHARE THIS STORY

Staff have compiled a list of several dozen properties spread across Austin's 10 City Council districts and will continue their review of the sites this month.

Fully vaccinated residents of Travis County now have the option to forego a mask in most circumstances.