MAP: These are the Austin ISD school changes proposals that could impact South Austin campuses 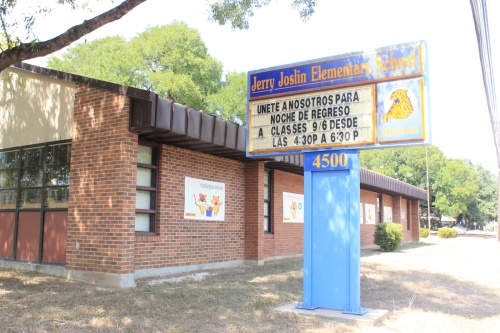 Two South Austin campuses could close and 16 others could offer new programs or experience boundary changes through Austin ISD’s school changes plan. A draft of the plan was released Sept. 5.

Scenarios for South Austin show Palm and Joslin Elementary schools could close if approved by the board on Nov. 18. Expanded programs include a new health sciences program at Bowie High School and its feeder schools, while boundary changes are expected to impact Kiker, Baranoff, Boone, Cowan and Kocurek Elementary schools.

Director of Community Engagement Celso Baez told Community Impact Newspaper that some scenario options “address systemic changes to the district as a whole,” while others are campus specific or community based, but “ultimately they all impact the student.”

The following map shows all schools in South Austin. Click on a school to read details from the draft scenarios that could impact that campus.

Nicole Conley, AISD chief of business and operations, said at a news conference Sept. 6 that the savings in deferred maintenance on buildings that would be closing would total $240 million. She said that money is equivalent to about $350 on an average tax payer’s tax bill, and could be reinvested into other campuses and programs across the district.

For schools that close but had bond funds attached to them for improvements, Operations Officer Matias Segura said those funds would likely follow the student population to invest in their new campuses.

AISD spokesperson Cristina Nguyen said the scenarios show a “wealth of programming that is going to be infused into our schools.”

“Yes, schools will close and facilities will be repurposed for community use or other things, but there are some really great opportunities for our students that are going to really going to help close achievement gaps and get our students to opportunities later in life,” she said.

The majority of campuses that close will be repurposed for either district or other uses. Some could be converted into affordable or workforce housing developments.

“We heard resoundingly from the community that if a school is to no longer be functioning as a school that the number one preference would be to see affordable housing,” Community Engagement Coordinator Ali Ghilarducci said. “In every region we heard that loud and clear. We don't necessarily know how many sites will be able to repurpose but I know that we will look at that as the number one option for a number of our sites.”

Baez said he doesn’t want the district “to kick the can down the road any longer.”

“We want to address [problems] by way of these scenarios,” he said.
SHARE THIS STORY