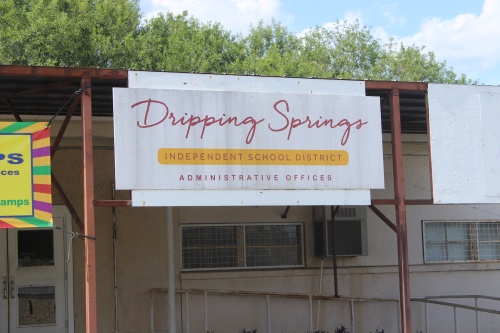 Beginning with an initial community feedback meeting on July 23, parents and the DSISD community were invited to provide feedback through the district website on their preference between two preliminary design options for a facility that would house 850 elementary school students.

During the feedback period, a petition also began to circulate demanding a halt to the project. As of Aug. 2, over 500 individuals had signed a Change.org petition titled “Say NO to a combined DSMS/WSE.” The petition claims “there is no educational proof that a combined elementary/middle school model is effective,” and that many teachers and staff still do not support the project.

Among the complaints identified in the petition are concerns about overcrowding and a loss of district green space. Concerns were also cited about the efficiency of repurposing the Walnut Springs facility as administrative space, as outlined in the plans.

“With the departure of our previous superintendent, perhaps we have a great opportunity to keep [Walnut Springs Elementary] where it is located and keep [Dripping Springs Middle] an independent campus,” the petition reads, referencing Superintendent Bruce Gearing, who is leaving the district to fill the superintendent post at Leander ISD.

However, the district has released a statement effectively rejecting the idea that a discontinuation of the project would be considered, reaffirming the move.

“While the district soon will experience a change in the superintendent of schools, the 2018 bond program approved by the voters is on track and will not be changed or interrupted by the leadership transition,” the board communicated in a district release.

In an email to Community Impact Newspaper, a district representative named efficiency of shared spaces, smoother student transitions from elementary to middle school, mentorship and advanced study opportunities for elementary school students and opportunities for staff collaboration as benefits provided by a shared campus.

The district also said through the release that the upcoming relocation of Walnut Springs, like all projects associated with the 2018 bond, was decided by voters in May 2018 after rigorous study and review by district employees, community members and others.

“The results of the school community’s hard work resulted in a proposal that was packaged, communicated and subjected to community approval through the bond election process,” read the statement. “This decision will be honored by the district and by the Board of Trustees as elected representatives of our community.”

Construction on the project is set to begin in June 2020.
SHARE THIS STORY