UPDATE: More candidates filed for the May 5 Hays CISD races 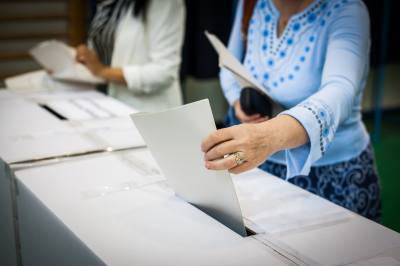 Citizens will vote on how to fill board of trustees positions at Hays CISD and San Marcos CISD on May 5.

Three more candidates—Michael Sanchez, Valerie Hopkins and Alejandro Correa—filed to run for the District 3 seat against incumbent Bert A. Bronaugh Jr. A third at-large trustee candidate, Susan Gray, has filed to run against Will McManus and Michelle Cohen, who previously filed.

Correa is a software developer, Gray is an education consultant, Hopkins is the Manor ISD transportation director and Sanchez is a professor.

Early voting for the May 5 race begins April 23 and April 5 is the last day to register to vote.

Four days before the filing deadline, two San Marcos residents have filed to run for a seat on the San Marcos CISD school board and one Hays County resident has filed for Hays CISD's at-large seat.

James McCutcheon will run against incumbent trustees Anne Halsey and John McGlothlin, both of whom serve in at-large capacities.

McCutcheon is a teacher, according to his application.

Michelle Cohen, a systems analyst, filed today to run against HCISD's Will McManus. Holly Raymond, who currently holds the seat, will not run for re-election.

Bert A. Bronaugh Jr., who currently serves as District 3 trustee, filed for re-election in January.

Candidate filing ends Friday, and the last day to register to vote is April 5. Election Day is May 5.

This story has been updated to reflect that San Marcos CISD school board candidate Harvey Jenkins has dropped out of the race, according to San Marcos CISD spokesperson Andrew Fernandez.
SHARE THIS STORY