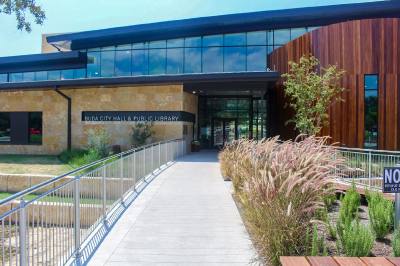 A bill that will allow the city of Buda to pursue a more ambitious aquifer storage and recovery, or ASR, program was passed by the Texas Senate on May 22 and is headed to the governor’s desk, state Rep. Erin Zwiener, D-Driftwood—the author of the Texas House version of the bill—announced May 23.

ASR is a water-management strategy in which water from one source is stored in existing underground aquifer formations and later withdrawn for use during times of drought or peak demand.

The bill changes a decades-old rule that prohibits any water that does not come from the Edwards Aquifer from passing through the aquifer, even if it is in a sealed pipe. The change would interfere with Buda’s plans to eventually use treated surface water and water obtained from other aquifers in its ASR program.

Brian Smith, a hydrologist for the Barton Springs Edwards Aquifer Conservation District, previously told Community Impact Newspaper the BSEACD would support Buda’s bill because those rules were not meant to interfere with “things that are good for water supply.”

“This [rule] goes back quite a ways," Smith said in February. “It was meant to be extra protective of the Edwards [Aquifer], but [there were] unintended consequences.”

About half of Buda’s municipal water supply comes from the Edwards Aquifer, but the amount the city can pump might be curtailed by up to 50% in times of drought. With ASR, Buda can store extra water it is permitted to take for later use.

The other 50% of Buda’s supply is taken from surface water provided by the Guadalupe-Blanco River Authority. If the pilot study is successful, officials would like to inject surface water the city does not immediately need into the ASR well, but that will only be possible if the bill passed by the Senate on May 22 is signed into law by Gov. Greg Abbott.

Drilling of the ASR well will begin in October or November, Buda Water Resources Coordinator Blake Neffendorf told Buda City Council at its May 21 meeting.