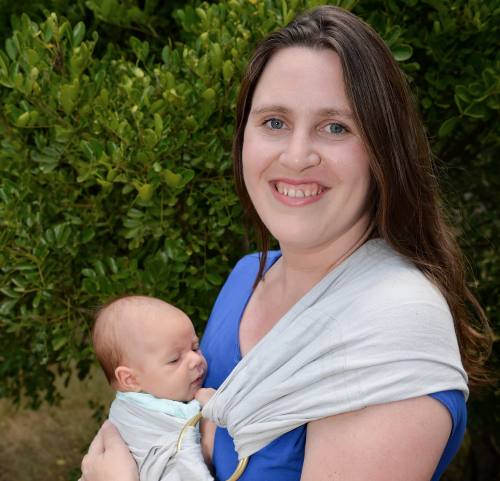 After campaigning in the 2018 midterm election while pregnantu2014and later with a newborn baby in towu2014Erin Zwiener (D) is looking ahead to representing District 45 in the Texas House of Representatives in 2019.n

After campaigning in the 2018 midterm election while pregnant—and later with a newborn baby in tow—Erin Zwiener (D-Driftwood) is looking ahead to representing District 45 in the Texas House of Representatives in 2019.

And she has a list of things she wants to achieve for Hays County, ranging from environmental conservation and social equality to fighting for more state funding for the public education system and creating fairer elections.

Zwiener, whose career and education have been heavily rooted in environmental conservation and natural resource management, said protecting District 45’s ecological resources will be one of her top priorities as a legislator.

Constituents have already begun to come to Zwiener with concerns about the Permian Highway Pipeline—a $2 billion, 430-mile natural gas pipeline that Kinder Morgan plans to build across Texas, including through Hays County. According to Kinder Morgan, the pipeline will affect 16 counties in Texas and more than 80 Hays County landowners.

Kinder Morgan plans to have the pipeline up and running by 2020.

“I have heard from a lot of constituents who are quite concerned,” Zwiener said. “I’m personally concerned that the project may be rushing through, and that the company’s not looking closely enough at the ground they’re crossing and whether or not it makes sense.”

Zwiener said she is actively reaching out to Kinder Morgan to urge the company to engage Hays and Blanco county residents in regard to their concerns about the proposed pipeline route. Her hope is to begin a dialogue about both alternate routes and micro-adjustments to the route that would make sense for the community.

“I will also say it’s fundamentally a hard issue because pipeline companies in Texas have almost unlimited authority to determine their own route and to condemn private land,” Zwiener said. “So, we don’t have a lot of tools other than that of persuasion, quite frankly.”

Affected landowners in Hays and Blanco counties are getting organized as concern grows about the pipeline’s potential effect on natural resources such as Jacob’s Well in Wimberley and the Blanco River, she said.

“I have heard a lot of folks are concerned that [the pipeline is] going near some beautiful ecological features,” Zwiener said. “There’s also some question about whether it’s going through some conservation easement land.”

In addition to the Permian Highway Pipeline, there are a multitude of Hays County environmental issues on Zwiener’s radar.

Following a request by city leaders, Zwiener said she will most likely bring forward a new version of an aquifer storage and recovery bill on behalf of the city of Buda.

Zwiener will make a final decision after she meets with representatives of the Barton Springs Edwards Aquifer Conservation District, which she expects will be in support of the bill.

“The bill would give [Buda] some more flexibility with groundwater, where in times where there’s excess water, it would allow them to store that in the ground instead of in a surface tank that has to be constructed and has evaporation loss and things like that.”

Zwiener is also aware that members of San Marcos City Council are interested in making the ability to use the Hotel Occupancy Tax for river maintenance and cleanup one of the city’s goals for the upcoming legislative session.

At a meeting Nov. 21, council members talked about the importance of garnering support for the effort from all local hotel owners in order to avoid any roadblocks from hotel lobbyists at the statehouse.

Zwiener said a San Marcos representative relayed that desire to her in a recent meeting.

“That was the first I had heard of this particular request,” Zwiener said. “I have not done my due diligence yet, but I will say in general I’m in favor of cities having a little more flexibility in how they use that tax, if they’re still using it in a way that encourages tourism.”

Zwiener has teamed up with District 49 Texas Representative Gina Hinojosa on a bill that would expand voting access on college campuses in general, with an amendment from Zwiener that would directly affect Texas State University.

On Oct. 26, Hays County commissioners convened an emergency meeting at which they unanimously moved to extend early voting at Texas State and to add an Election Day polling location on campus, after facing a potential lawsuit from the Texas Civil Rights Project based on the argument that the county was discriminating against students as a class of voters.

However, as students lined up to vote at the LBJ Student Center at Texas State on Election Day, some students who lived on campus were turned away and told they had to vote at a different polling precinct.

“At 6 p.m. on Election Day, there were a bunch of students streaming out of the LBJ Student Center going, ‘Oh my God, where do I vote?’ It was a nightmare, especially because students live all over the place,” Zwiener said. “I thought the dorm situation in particular was egregious—that students who lived in dorms were sent off campus.”

Keeping with her platform, Zwiener said she plans to support Republican Charlie Geren’s proposed legislation that would amend the Texas Constitution to require the state to fund at least 50 percent of public education.

“I think public schools are the cornerstone of our communities,” she said. “Providing public education to all Texas children is in the original Texas Constitution and it’s a core value that every Texas child deserves a quality education. I believe strongly the way to do that is through a public school system that gives our educators the flexibility and the resources they need to do a fabulous job.”

As far as state funding of public education goes, Zwiener plans to advocate, on behalf of Texas State University, for the state government to provide more funding for the Hazlewood Act, which established a state-mandated education program that provides qualified veterans as well as their spouses and children with up to 150 hours of free tuition.

“I think that it is a great program, and I’m glad we have it, but the problem is the state only gives Texas State University 10 percent of the money they need to fund that program,” Zwiener said. “So, they have to pass that cost on to all the other students at the university. So I would like to see the state of Texas pay its fair share for that Hazlewood program they created instead of passing it onto universities. Texas State University has the highest proportion of veterans in the state, so it’s dramatically impacted by that unfunded mandate.”

A vision for the future

Zwiener is part of a spike in the number of women elected in Texas and across the country in 2018 and is one of the only openly bisexual people ever elected to the statehouse—the historical significance of which is not lost on her.

“When I was a kid growing up in Texas, Kay Bailey Hutchison was a senator, Ann Richards was the governor, Madeleine Albright was secretary of state,” she said. “I got to see multiple women in power. What I didn’t realize at the time was that I was the first generation of girls to see that. I now have a six-month-old daughter. I want her to grow up as a part of the first generation of girls that actually sees equal representation.”

Although she expected it to be, Zwiener’s sexual orientation was never used as an attack against her in the general election.

“I know it was out there, and the fact that it was a non-issue in the general election tells me something about where the tide of public opinion is moving in Texas,” she said. “It tells me that the calculation was made that it would be harmful to try and attack me for my sexual orientation and that gives me hope.”

Zwiener said she recognizes that because she is in a mixed gender marriage with a newborn baby, she does not face the same repercussions that other bisexual people who are single or are in same-gender relationships are confronted with—but that does not inhibit her desire to legally protect everyone who falls underneath the LGBTQIA+ umbrella.

“It’s important to me that I not always be the face of being what LGBTQIA+  looks like in Texas,” she said. “But it’s also very important to me that I advocate for that full community, particularly the folks who are in positions where they are exposed to repercussions. I promised in my campaign—and I intend to keep that promise—that I will support equal protection from discrimination for LGBTQIA+ folks every session I’m in the legislature. It's really wonderful to be a part of a moment like this.”