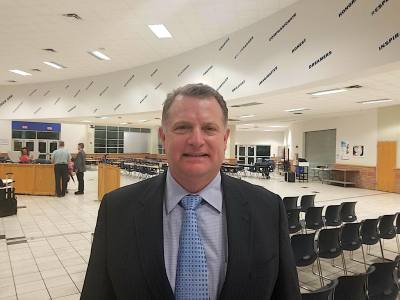 Cleaver, who earned his bachelor's degree at The University of Texas at Austin and his master's degree at Baylor University, joined HCISD on Feb. 12.

Previously he has worked as the COO at Fort Bend ISD and executive director of facilities and operations at Killeen ISD and Temple ISD. Most recently, Cleaver was the senior construction team leader at Stantec.

Cleaver said providing a safe learning and working environment for HCISD students and staff is his top priority.

"I would like to continue the proactive school planning and building programs the district has established, which reduces the need for portable classrooms, minimizes the vehicular traffic impact on the community, and provides facilities which are functional and cost-effective," Cleaver said.

Superintendent Eric Wright said he looks forward to working with Cleaver as the district continues to grow.

"I wanted someone who had a familiarity with working with facilities and new construction, because obviously as fast as we are growing we are building schools every couple of years to try to keep up with the growth, and [Cleaver] has that background," Wright said.
SHARE THIS STORY