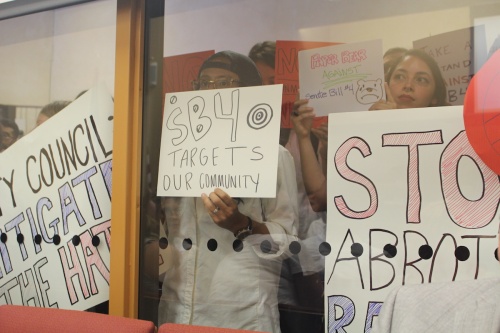 San Marcos City Council will not join the cities of Austin, Houston, Dallas and San Antonio in the lawsuit against the state of Texas regarding Senate Bill 4, also known as the sanctuary cities bill.

A formal statement, read by Mayor John Thomaides following a three-hour executive session with the city attorney and approved by council 7-0, said council will instead "monitor pending litigation" and "explore programs that will reveal the range of issues, the fear and concerns arising from SB 4."

He said the city will also initiate additional community outreach and education with police and other city departments on the issue.

"We want to let each of you know we have heard your concerns regarding SB 4," he said. "The fact that we have not issued a public statement until now is not due to a lack of concern to our residents. We know the passion of our community, and we want to ensure that we take the time to fully understand the issues and the possible outcomes of our action."

Miguel Arredondo, who serves on the San Marcos CISD board of trustees, said he was disappointed with council members' decision.

"I think shock, disappointment and surprise kind of sums it up," he said.

Citizens calling for City Council to join litigation met at City Hall prior to the executive session with signs opposing SB 4.

A U.S. congressman from San Antonio joined several local organizations Tuesday in asking San Marcos to add its name to the list of Texas cities suing the state over Senate Bill 4, known as the "sanctuary cities" bill.

"It's unfortunate that we're in this situation now that we're having to ask the local governments to sue the governor and the state of Texas to undo this state law," said U.S. Rep. Joaquin Castro, D-San Antonio, at a rally inside San Marcos City Hall on Tuesday afternoon.

The bill enables law-enforcement officials to inquire about the immigration status of any individual and threatens to punish cities and government officials who fail to comply with the law.

Dozens of people gathered in the lobby Tuesday in support. Organizers said more than 750 people have signed a petition urging City Council to join in the lawsuit.

"Thank you, the residents of San Marcos, for petitioning your city government," Castro said.

San Marcos City Council will meet in executive session at 5 p.m. today to discuss pending litigation regarding the bill.

The bill is expected to go into effect Sept. 1.