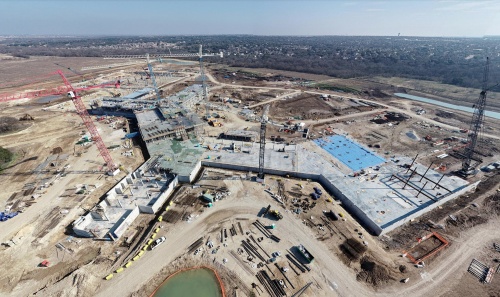 Kalahari Resorts & Conventions is on track to open its Round Rock location in November 2020.

Both the Round Rock Transportation and Economic Development Corp. and Round Rock City Council approved the sale of $21.3 million sales tax revenue bonds to build the 200,000-square-foot convention center.

While the city will own the convention center, Kalahari will be responsible for operation and maintenance, according to July 25 city of Round Rock news release.

The debt will be repaid through state and city tax revenue generated by Kalahari, said Susan Morgan, the chief financial officer for the city of Round Rock.

The convention center will include a large-scale meeting space and a ballroom—expected to be the largest in Central Texas, according to the release.

Today's bond sale is the first of two for a total of $40 million to construct the facility, Morgan said. The second bond issuance is planned for April 2020.
SHARE THIS STORY