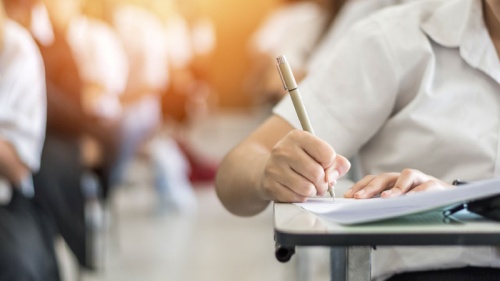 Editor’s Note: This story has been updated throughout to clarify tuition rates and which residents would be eligible to vote on the proposition.

A petition effort signed by more than 3,000 Pflugerville residents has initiated the first of several steps necessary for the city to join the Austin Community College taxing district.

The move could save prospective students thousands of dollars in tuition while property tax levies go up across the board.

Pflugerville City Council Member Jim McDonald helped coordinate the effort to collect at least 2,710 signatures, or 5 percent of all registered voters in Pflugerville, for a petition in favor of joining the community college system.

“Living in a community with access to education is important for our youth, [and] it’s important for adults who are transitioning or maintaining credentials within their chosen field,” McDonald said.

The petition, which wound up collecting 3,556 signatures from Pflugerville residents, was submitted to ACC’s board of trustees June 4 and certified that same night.

That action has kicked off a series of events to take place over the next several months as the ACC board mulls over putting the annexation of Pflugerville into the college’s district on November’s election ballot.

If the proposition makes it onto the ballot and ultimately passes, Pflugerville residents would become eligible for ACC’s in-district tuition rates. Currently annual estimated costs for tuition and fees for 15 credit hours in both the fall and spring semesters at ACC—full-time enrollment—for Pflugerville residents costs $10,890. If the city joins the ACC taxing district the annual estimated cost of enrollment for the same course load would drop to $2,550.

Pflugerville residents would also see the community college’s in-district taxing rate tacked on their annual tax assessments. A tax rate of 0.1008 cents per every $100 valuation is outlined in an ACC service plan.

The 2016 median home value in Pflugerville was $183,500, according to U.S. Census Bureau data. With the service plan’s tax rate, the average home in Pflugerville would see an annual increase of $184.97 to its property tax bill.

The ACC board of trustees has scheduled a public comment period July 9 at the Pflugerville High School Performing Arts Center. At that meeting ACC will present to residents its service plan—a layout of the logistics of joining the district.

According to ACC representatives, that service plan will likely include outlines for a Pflugerville campus and district-exclusive enrollment options, including dual-enrollment credits for Pflugerville ISD students. You can read the proposed plan here.

“These types of programs are frankly not available to PfISD students right now,” said Chris Cervini, associate vice president for Community and Public Affairs for ACC.

PfISD Superintendent Doug Killian told staff in a June 11 memo that PfISD “does not have an official role in the process of annexation into the ACC taxing district”.