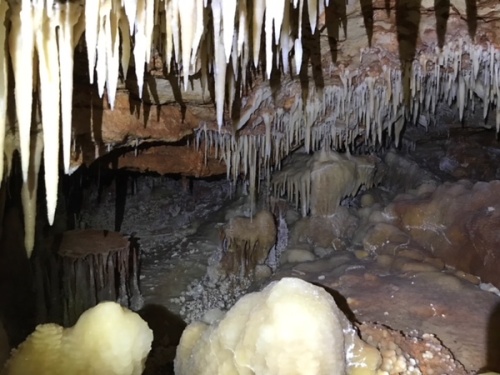 A 19th cave was discovered at McNeil High School.

Construction crews have discovered the largest cave yet at the McNeil High School renovation site, according to Round Rock ISD officials.

The cave—which is the 19th cave discovered at the site—was found while the contractor was working with the city of Austin on a water line, according to Jenny LaCoste-Caputo, executive director of communications and community relations for RRISD.

LaCoste-Caputo said the cave could potentially pose complications with utilities at the high school, but crews currently have a work-around and it has not interrupted work at this point.

In a note to the McNeil community, Superintendent Steve Flores said the cave is located at the southwest corner of the construction site.

"It is a salient example of the challenges of building on this particular site," Flores said in the letter.

Construction crews have been working through the summer at the high school on a renovation project funded by the district's 2014 bond. A band pad has been completed, and work is ongoing on the special education wing. Demolition near the front of the building is underway to clear space for the new facade and administrative wing. Foundation work is underway for a new music wing for the band, orchestra and choir.