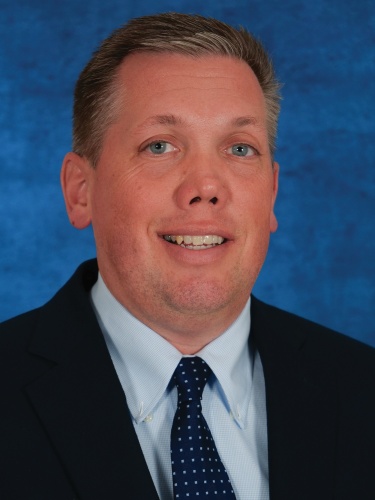 Emily Parks, assistant to the city manager, said in a phone call with Community Impact Newspaper Aug. 23 that Snyder allegedly interfered with business negotiations regarding the proposed fuel station while working for QuikTrip, a corporation that owns and operates convenience stores and fuel stations. Snyder recused himself from discussions and an action item related to the proposed gas station during the council's Aug. 22 meeting due to his working relationship with Timmerman, he said.

Hutto City Council voted 4-3 in favor of opening an investigation into Snyder for alleged "interference with the day to day operations, contract(s) and daily affairs for the City." Council Members Snyder, Peter Gordon and Tanner Rose opposed the decision.

The proposed investigation was first presented to City Council during its Aug. 15 meeting, at the request of Council Member Tom Hines. Hines said he had received information from several members of the public regarding allegedly "disturbing" acts committed by Snyder. The specifics of those actions, warranting the investigation, have not been disclosed by Hines.

“This isn’t a game to me," Hines said. "I’m here for the citizens of Hutto. And if what happened happened, then I’m not going to stand for that.”

Hines added the claims, while not documented in writing, are ones he had a "good faith belief" in. In a statement provided to Community Impact Newspaper Aug. 23, City Manager Odis Jones said that Hines had approached him with concerns regarding the information members of the public had relayed, and Jones reported to Hines that he had similar concerns regarding Snyder's alleged interjections with the proposed fuel station negotiations.

Rose repeatedly raised concerns during the Aug. 22 meeting about the lack of information surrounding the allegations before a vote was called, saying the investigation was potentially stemming out of "hearsay" and not concrete examples.

“I feel like I’m opening Pandora’s box and I have no boundaries over where it starts and where it stops," Rose said.

Snyder said he has received pushback from city officials, specifically Jones, since he began his tenure in May. He said requests for city documents he has made have resulted in accusations from the city manager's office of violating day to day operations.

Following an executive session, Jones addressed an item on the agenda regarding his contract with the city and alleged that both Snyder and Rose had purposefully placed the item—which would call for Jones' termination as city manager—as retribution for Jones' concerns regarding Snyder's alleged interjections in the Star Ranch proposal.

“As the city manager, I believe the action [item] placed on the agenda tonight by Council members Tanner Rose and Mike Snyder regarding my contract is an adverse action and could be a violation of the Whistleblower Act,” Jones said in a statement. “I reported in good faith to this council and the county attorney what may be a potential violation of abuse of office.”

Jones later added in the statement that he had reported his concerns regarding Snyder’s alleged interjections with Timmerman-related negotiations previously, as Jones said he is required to do on behalf of the city of Hutto and its residents.

“As a result of me doing so, Council Members Snyder and Tanner Rose have taken adverse employment action against me as city manager by placing an item on the agenda to terminate my employment contract,” Jones said. “I believe that is immoral and improper.”

Gordon added after the executive session and prior to council vote that he is worried that, through this decision, the council is heading down a path where it is unable to openly discuss issues in a manner that does not involve repeated calls for investigations and city charter violations.

He added that "it's unfortunate" that he was not able to receive more concrete information from Hines during executive session ahead of the Council's approval of opening an investigation.

“A flag’s been put down on the field," Snyder said, "and I’m asking, ‘what’s the penalty?’”
SHARE THIS STORY