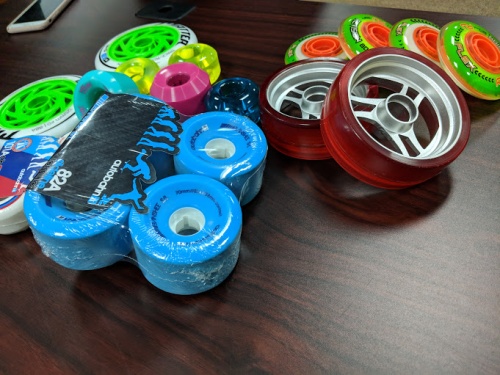 Officials from AEND Industries Inc., a high-end performance polyurethane wheel manufacturing company, revealed tonight that the company is relocating its headquarters and operations to Hutto.

The city of Hutto Thursday night announced another California-based manufacturer is relocating to Texas.

Officials from AEND Industries Inc., a high-end performance polyurethane wheel manufacturing company, revealed Thursday that the company is relocating its headquarters and operations to Hutto. The company will open its doors Jan. 1, according to owner Neal Piper.

"We’re excited to come to Texas," Piper said at Thursday night's Hutto City Council meeting. "It is business friendly here and we’re ready for that."

AEND Industries is building a new 19,200 square foot manufacturing facility at North Town Commons Business Park, located at the southeast corner of FM 1660 North and Limmer Loop. The company will open its doors Jan. 1, according to owner Neal Piper.

Piper said the company typically employs 50 workers at their facility. AEND Industries has committed to employing at least 40 workers within nine months of beginning operations in Hutto and an additional 10 employees within five years, according to the city.

The Hutto Economic Development Corporation Type B awarded a $175,000 grant to AEND Industries to be paid out over a five-year period, per a press release from the city. The grant is designed to "reimburse AEND for moving costs associated with relocating the business."

During his presentation, Piper pointed to lower operational costs and lax regulation policy as the driving reasons for AEND Industries' relocation. AEND Industries is the second manufacturer to move its headquarters from California to Hutto in the past six months, after JRS Company Inc., a sign frame and holder manufacturer, broke ground on its new facility in February.

Per a press release from the city of Hutto, AEND Industries sells directly to skateboard giant Element and ships the majority of its products internationally.
SHARE THIS STORY