School start dates, solar eclipse and more: 6 things to know in Round Rock, Pflugerville and Hutto the week of Aug. 14 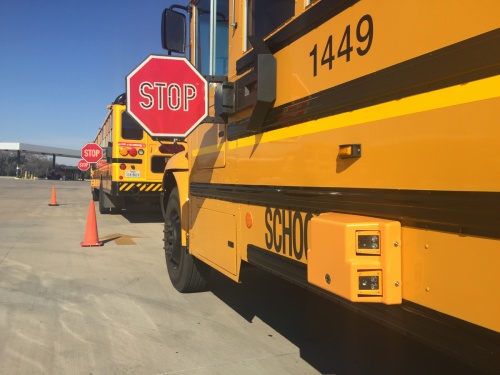 1. Round Rock ISD will be holding a meeting Monday night at 5 p.m. to interview possible replacements for the Place 6 trustee position. The board is scheduled to meet in executive session following the interview period and could administer the oath of office following deliberation. The trustee place was vacant following the resignation of Trustee Paul Tisch who left his office to move to College Station for a job with the Texas A&M University System. The board then decided in June to hold information sessions and open up the application for all interested candidates and then make an appointment. The district will also hold a meeting on Thursday to discuss state accountability results, student code of conduct and a construction report.

2. Pflugerville ISD will host a hearing on its proposed tax rate for the coming year at 6:30 p.m. on Thursday. The district will welcome public feedback on the matter before its regularly scheduled meeting. During its regularly scheduled meeting, the board of trustees will discuss the student code of conduct and possibly approve the proposed tax rate.

3. Hutto ISD starts classes on Wednesday. The district will host a meet the teacher night on Monday. The rest of the calendar, approved in March, can be found here. Round Rock ISD and Pflugerville ISD start dates can be found here.

4. Leander and Cedar Park are protesting a decision by the Lower Colorado River Authority. The LCRA decided to route a transmission line from Round Rock to Leander along RM 1431, Ronald Reagan Boulevard and Hero Way. “Leander City Council was faced with a very hard decision of where to locate power lines,” Leander City Council member Ron Abruzzese said. “[The Council] used objective criteria to determine that [an alternative path] would negatively impact the fewest number of people.”

5. A new restaurant is coming to downtown Round Rock in the place of the now closed Mambo House. Fuego Latino Gastropub is scheduled to open Aug. 22 and will serve Latin-Caribbean dishes.

6. While the much anticipated solar eclipse is still a week away, to take place next Monday, experts are encouraging those wanting to watch to prepare in advance. The last time such an eclipse occurred in a highly populated area was in Paris in 1999. In Texas, the solar eclipse will not be total. Instead, residents of Central Texas will see a partial eclipse, when the moon will cover the sun about 65-67%. Here is a guide for how to make the most of your viewing experience.