At 9 a.m. on a Wednesday morning, the quiet hum of conversations inside East Social House percolates alongside the sounds of espresso machines whirring and coffee being poured. Owner Lisa Woods walks through her shop, waving to patrons along the way while pausing to sip on a latte.

Woods opened East Social House in August 2019, overseeing the coffee shop while also owning her own photography business. As an entrepreneur, she said she spends hours working from coffee shops, drawn to them by their spirit and character.

“I love coffee shops, and so when I travel, I seek out local coffee shops, and I go try them out,” Woods said. “What I didn’t want was to just be labeled as coffee, especially in a community that needed more of an outlet. I wanted it to be very community-oriented.” 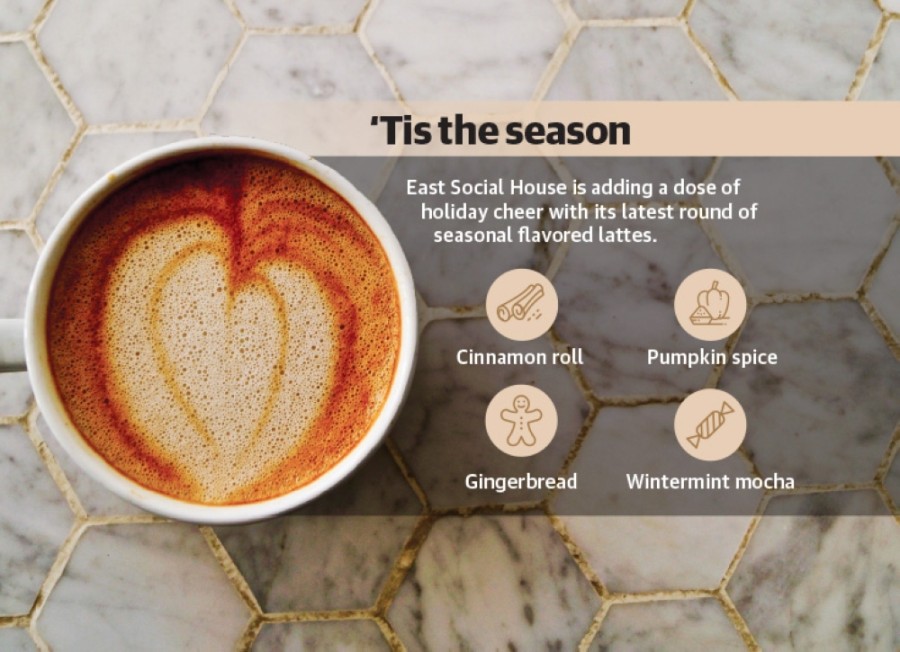 East Social House is a coffee shop in downtown Hutto that prides itself on organic, fair trade coffee and in-house or locally sourced syrups, Woods said. Some customer favorites off East Social House’s menu include the avocado toast, Sweet Toddy cold brew, specialty lattes and gluten-free sweets, Woods said. She said her bourbon brownies and peanut butter cookies are pulled from her own recipe book and are desserts she has been preparing for the better part of a decade.

Navigating the coronavirus pandemic during her first year in business posed its own challenges, Woods said. The coffee shop doubles as a gathering space and often hosted storytime sessions for children, served as a meeting place for city and school district leaders, and was where friends would meet after a busy workday.

Because East Social House is more of a community hub than a grab-and-go shop, Woods said some customers were hesitant to stop in as opposed to drive-thru chain options in the area.

However, for customers who do pop in, Woods said the shop has become a space where strangers can become close friends.

“It is more like a community local space that you go to and get to know a lot of people,” Woods said.

While many customer reactions stand out, one of the highest compliments paid to East Social House came from Todd Robison of Hutto ISD, Woods said.

“He called us ‘Cheers,’” she said, smiling. “The place where you go, where everybody knows your name.”