Co-Op District update: What to expect in the next 90 days 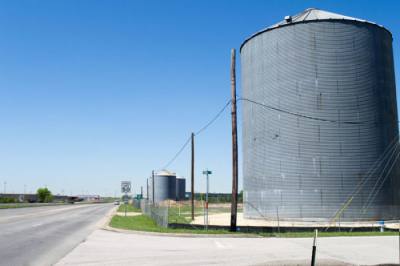 The developer behind the Co-Op District outlined construction plans for the mixed-use development over the coming months.

Hutto residents can expect to see the Co-Op District continue to take shape over the next three months.

Bob Wunsch, the lead developer on the property, presented an update to Hutto City Council on May 2.

“There’s lots of activity,” Wunsch said. “We’ll be coming back soon with more announcements, I’m sure.”

Over the next 90 days, Wunsch said Hutto residents can expect to see signage installed on the cotton silos along Hwy. 79. Plans include a “Welcome to the Co-Op” sign and a framework for tenant signage. A “City of Hutto” tenant sign is expected to be placed within that framework over the next three months, he said.

The city became the first tenant to move into the Co-Op District, opening the City Hall and public library April 1.

Three other known tenants at this time include Southside Market & Barbeque, Top Notch Hamburgers and Flix Brewhouse. Wunsch provided construction updates on all three May 2.

Southside plans to open in January 2020, Wunsch said. Construction on the project should last five to six months. Weather permitting, this project is on schedule, he said.

Sitework on Flix Brewhouse is underway, Wunsch said. He described the dine-in movie theater as a “massive project” with thousands of anticipated visitors each month.

“Those movie theater leases are big deals,” Wunsch said. “It’s a lot of money and a lot of time.”

Top Notch hopes to open sometime between March and May 2020, he said. The building is currently in design, and developers hope to begin construction in September or October.

“There are so many things going on behind the scenes,” Wunsch told Community Impact Newspaper after the meeting. “So much of this is driven by tenants.”

“We are engaged with several retailers,” Jones said. “Those negotiations are current and ongoing.”

Over the coming months, electric poles along Hwy. 79 will be taken down “to improve the aesthetics of the area,” Wunsch said. All utilities are now underground, and the poles are no longer needed.

Several improvement projects are underway for streets surrounding the Co-Op District. A raised median and traffic signal are planned for the entrance to the development at Hwy. 79 and Co-Op Boulevard. Hutto City Council on May 2 authorized Jones to negotiate and execute a construction contract with Aaron Concrete Contractors for Hwy. 79 median improvements.
SHARE THIS STORY