Hutto election results, Round Rock mansion purchase and more to know June 12 - 16 in Round Rock, Pflugerville and Hutto 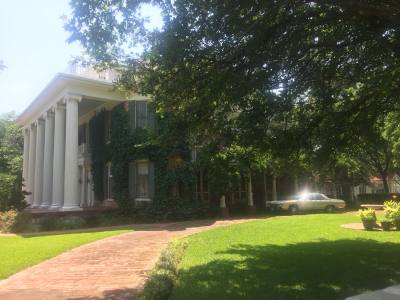 The downtown Round Rock mansion has a deal pending.

Rose and Grimm are winners in Hutto City Council elections

Gov. Greg Abbott calls a special session, brings lawmakers back for 20 charges
After a brief break following the regular session, Gov. Abbott announced last Tuesday that he would be calling the legislature back into session, starting July 18. The first order of business is passing an essential sunset bill that maintains the life of state agencies that would otherwise cease to exist without the passage of a bill. After that bill is passed, Abbott will add an additional 19 items to the lawmakers' docket, including school choice for special needs children, spending caps for local and state government and the lowering of a property tax rollback rate.

An offer was made on the Round Rock mansion, could be converted to event space
The realtor who listed the A.J. Nelson-Crier House in Round Rock, Susan deGraffenried of Realty Austin, said an offer is pending and that she expects to close with the buyer in early July. DeGraffenried said the potential buyer has thought about converting the space into a venue for special events. The mansion stands at three stories tall with 18 rooms inside, including eight bedrooms and four and a half bathrooms. It has operated as a private residence since 1900 and was initially listed at $2.5 million. DeGraffenried did not disclose the offer price.

Statewide texting-while-driving ban to be implemented Sept. 1
After the longtime attempts of many lawmakers to pass a statewide ban on texting while driving, Rep. Tom Craddick, R-Midland, finally succeed this session. He passed House Bill 62 which puts a blanket ban across the state while leaving all local ordinances still in place. The ban permits the usage of GPS systems and texting in emergency circumstances, but prohibits texting unless stopped otherwise. First-time offenses are punishable by a fine of up to $99 and subsequent offenses are punishable by fines up to $200.

New ice cream shop opens in Round Rock
A new ice cream eatery has opened its doors in Round Rock at 201 University Oaks Blvd., Ste. 780. The shop allows diners to customize their own ice cream orders and then freezes the ice cream in real time using liquid nitrogen.