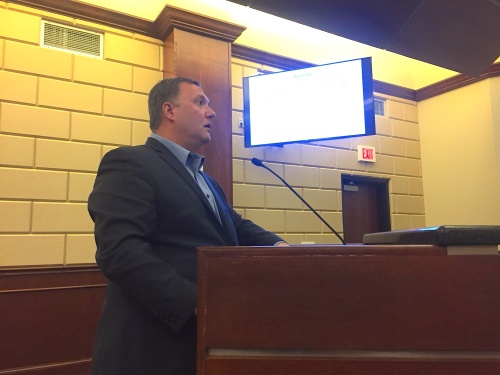 Bee Cave City Council on March 26 failed to approve a resolution requesting the Texas Department of Transportation perform a traffic survey and speed study on state roads within Bee Cave. The resolution that failed on a 3-3 vote requested a new maximum speed of no more than 50 mph on the state road system within city limits.

The agenda item was initially slated for council's March 12 meeting but was postponed for unrelated reasons.

Despite its failure, the notion of lowered speed limits has the endorsement of some local officials.

Bee Cave Police Chief Gary Miller issued a statement prior to the March 26 meeting stating his support for lowered speed limits on state roads within the city.

A reduction of 5 mph from 55 to 50 mph can reduce stopping distance, which is on average 60 feet, and lower the likelihood of injuries from an accident, Miller said.

Mayor Monty Parker said prior to the March 26 meeting TxDOT estimates over 50,000 vehicles travel through Bee Cave every day.

"With all the businesses, neighborhoods, curb cuts, traffic and soon, a new middle school in our city, I feel that speed limits in excess of 50 mph make no sense at all from a public safety perspective, thus the reason I sponsored the agenda item for consideration of a resolution we could send to TxDOT," Parker said.

Maximum speed limits on those roads and within Bee Cave city limits right now top out at 55 mph, according to Clint Garza.

Greg Short, founder of traffic safety advocacy group Safer71, said during public comment he would like to see 50 mph be the maximum TxDOT could place the speed limits on state roads within Bee Cave.

"Setting expectations for what you'd like the maximum to be, I think it sets a good balance," Short said.

Jon Cobb, one of the three council members voting no, stated he could not support setting a speed limit of no more than 50 mph.

Language within the resolution states the purpose of the study would be to protect the health, safety and welfare of its citizens, and it cites tremendous population and development growth over the last several years as a primary catalyst.

The resolution specifically cites one of the largest developments in the area as a key indicator of new and coming growth in Bee Cave.

“A new mixed-use development known as the Village at Spanish Oaks has recently been approved for development on property adjacent to Highway 71 and is expected to include over 1,960,000 square feet of residential, office and commercial uses which will impact traffic safety within the City,” the resolution states.

At the same meeting and citing the same public concerns over new development and population growth, a resolution supporting legislation from state Rep. Vikki Goodwin, D-Austin, who created House Bill 2814, failed for lack of a motion.

If passed, the bill would designate certain portions of state highways as “highway safety corridors” and increase fines for speeding violations in those zones.

Language within the resolution states the endorsement of Goodwin’s bill is in the city’s best interest.

“The four state highways, and in particular Highway 71, in and around the City of Bee Cave have experienced an increase in speeding violations, accidents and loss of life that will continue if legislation such as HB 2814 is not adopted,” the resolution states.

Among several reasons council members did not make a motion to support HB 2814, Cobb said that for many motorists, doubling a traffic violation could potentially be a devastating financial blow.