While the ice has thawed and temperatures have returned to normal following February’s winter storm, the cities of Round Rock, Pflugerville and Hutto have renewed conversations on how to further winterize city facilities and water systems to prevent a similar crisis from ever happening again.

At the peak of the winter storm’s arctic blast across Texas, approximately 14.9 million state residents experienced disrupted water service, according to data by the Texas Commission on Environmental Quality. Of roughly 7,000 public water systems statewide, more than 1,300 were affected—including those in Pflugerville and Hutto.

“Facts: Our water system failed,” Pflugerville Mayor Pro Tem Omar Peña said at a Feb. 23 meeting. “That’s it. That is on us as a council now.”

Eye of the storm

During the week of Feb. 14, Texas’ electric grid system collapsed, leaving millions of Texans without power and electricity for days on end. Many Texas municipalities were hit twice as hard by the storm, losing both power and clean drinking water due to outages at water treatment plants.
RELATED STORIES

The majority of disrupted water systems resulted in boil water notices, including those in Pflugerville and Hutto. However, many residents

experienced little to no running water for days on end due to frozen and bursting pipes, prolonged power outages and low water pressure.

Pflugerville is currently in the design phase of a water treatment plant expansion, with 30% of design work complete, Assistant City Manager Amy Giannini said. While the expansion is still a few years out from completion, Giannini said the construction of a backup generator—a component not currently utilized at the treatment plant—will begin later this year.

Cities winterize facilities and equipment through measures such as chemical treatments and insulating pipes. Winterization components are currently in place at certain city facilities, including the treatment plant, she said. However, she added the nature of a prolonged, multiday outage placed substantial strain on the system.

“Pflugerville’s water treatment plant, which was the most affected facility, is winterized,” Giannini said. “While winterization can help, with the extended frigid temperatures and a multiday power outage, it does not completely prevent facilities from being affected.”

The city of Hutto pumps its water from aquifers 26 miles away and has a water and wastewater system that operates off the power grid. Generators prefueled with diesel or propane are components in the system’s design in the event of a power outage. Prefueled generators were in place to provide some reprieve once the power grid went down. However, the equipment is not sustainable over a five- to six-day outage, City Manager Warren Hutmacher said.

“What we did once we were able to move our staff to the different locations and manually run the system, it was basically trying to refill the tanks with diesel or propane and unfreeze the pumps where we needed to on the sewage lift stations,” he said. “Something was always freezing or going out.”

Round Rock was one of few cities in Central Texas whose water system stayed online. Severe weather infrastructure measures are twofold, dependent on a combination of backup generators and cross-trained utility crews, said Sara Bustilloz, assistant director of communications and marketing. 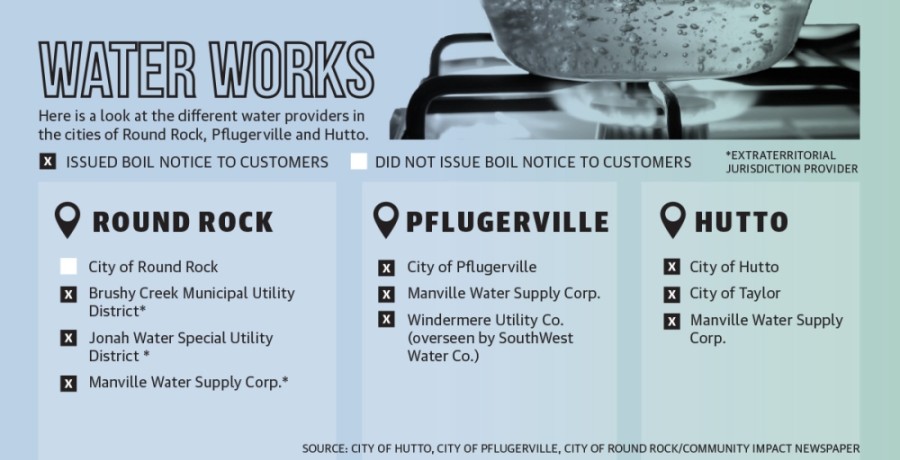 Before the onset of the storm, city crews filled up the water system and its elevated storage tanks along with prefueled generators with diesel on Feb. 12, before the onset of the storm. The supplies carried the city through Feb. 16, when water demands reached approximately 20 million gallons that day, exceeding the daily production of 16 million to 17 million gallons.

As power went out at Lake Georgetown and the generator was nearing completion of its fuel allotment, Round Rock Utility Director Michael Thane connected with General Services Director Chad McDowell on a forward course of action.

The city towed an 8,000-pound tank filled with 1,000 gallons of diesel to the water treatment plant to refill the generator before it ran out of fuel.

“We kept the water flowing, against all odds, so our residents wouldn’t have to go to the trouble of boiling water on top of all the other hardships endured during the storm,” Bustilloz said.

Planning for the future

As state-level discussions arise regarding the nature of “once in a generation” storms increasing in frequency, all three cities’ leaders said the continued weatherization of city facilities remains a critical priority. 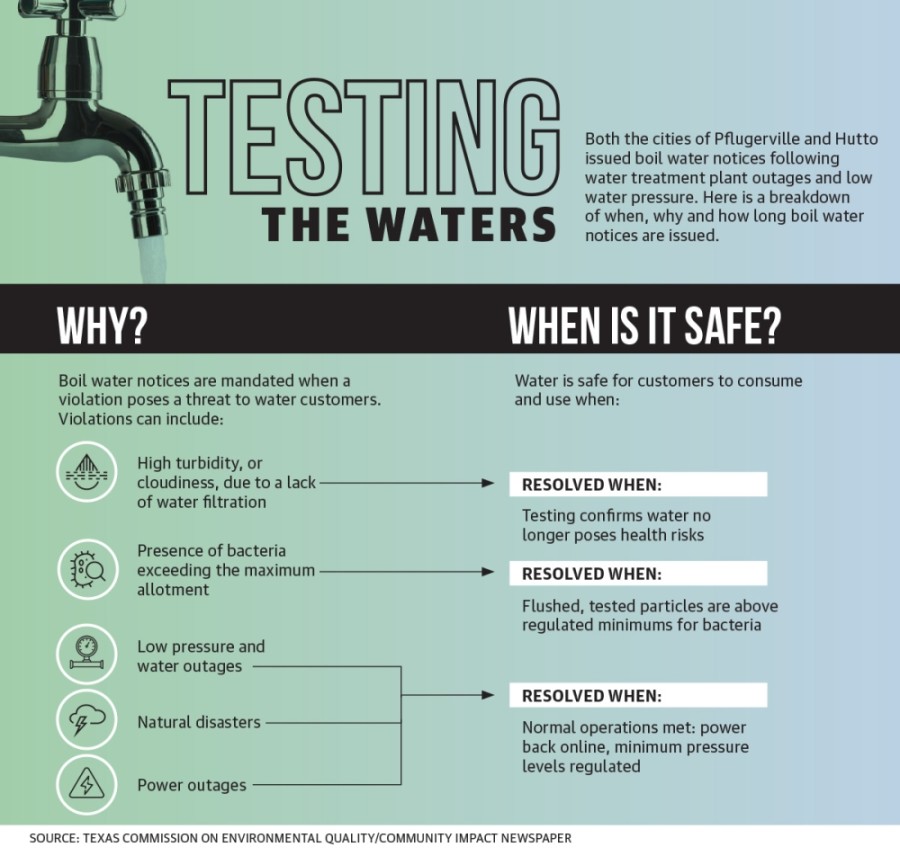 “We will continue discussions with the Pedernales Electric Cooperative, which provides electricity to our pump station at Lake Georgetown, as well as the Brushy Creek Regional Utility Authority facilities at Lake Travis, to make sure it is considered ‘critical infrastructure’ that is not subject to rolling blackouts,” she said.

Pflugerville Mayor Victor Gonzales addressed the Texas House of Representatives’ State Affairs committee Feb. 25. Among talking points addressed with the committee, Gonzales said citizens deserve a full investigation into the Electric Reliability Council of Texas’s role in the storm along with considerations of alternative energy sources to the state’s power grid in the future.

As cities seek solutions to stabilizing local water systems while demanding accountability from state leadership, Gonzales noted the strength of residents will persist long after the storm.

“As long as I’ve lived in Pflugerville, we’ve never experienced a winter storm like this. I’ve seen Pflugerville grow, change and experience new challenges, but when help is needed, we always come together,” he said. “It was incredibly moving seeing our community come together to assist those in need, and I was honored to be a part of it.”
Round Rock Pflugerville Hutto Texas Winter Storm 2021
SHARE THIS STORY