The project will widen Old Austin-Hutto Road to a three-lane roadway with additional pavement and drainage improvements included in the project scope. (Claire Ricke/Community Impact Newspaper)

The city of Pflugerville began construction on Phase 2 of the Old Austin-Hutto Road project April 1.

The project will widen Old Austin-Hutto to a three-lane roadway with additional pavement and drainage improvements included in the project scope. The project will include one lane in each direction as well as a two-way left turn center lane, according to city documents.

Under Phase 2, all traffic in the designated construction zone will be one-way northbound, according to a city release.

Vehicles exiting the H-E-B shopping plaza will be restricted to left turns only, while only right turns will be authorized to and from Poppy Pass, per the release. No access will be available from Firebush Drive to Old Austin-Hutto.
RELATED STORIES

Construction on Phase 2 is expected to last seven months. Future updates on the project will be made available here. 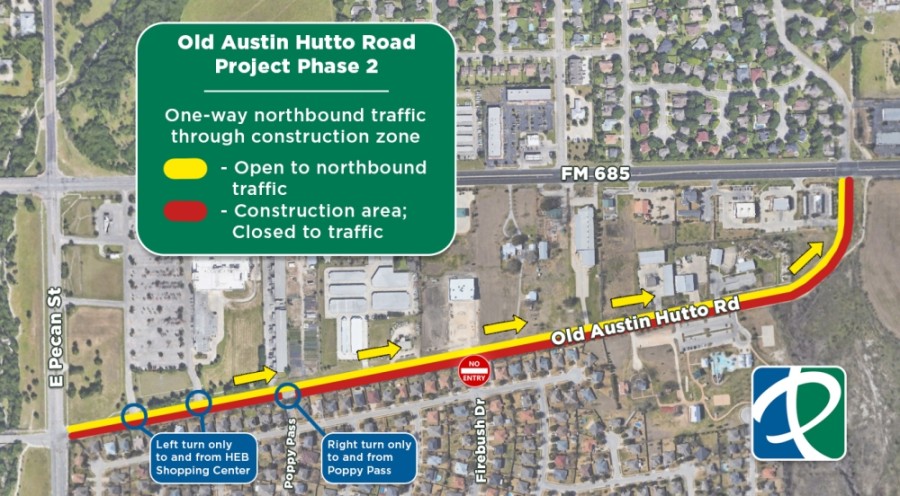