No relief in rental rate for greater Austin 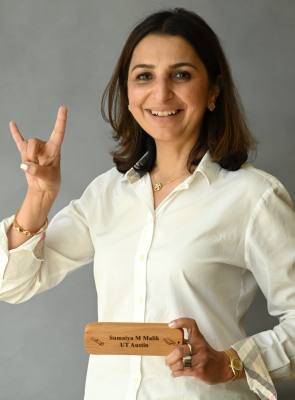 Rentals across all price points have seen increases at about $400-$500 a month. (Jennifer Schaefer/Community Impact Newspaper)

Rent prices have been continuously increasing since the beginning of 2021 with little change in occupancy rates, which have only dropped by about 1 percent.

According to Courtney Conrado, a Realtor with Apartment Hunters, there is a shortage in inventory.

“And there’s a lot of new apartments being built, but they can’t be built fast enough for how many people are moving to Austin,” Conrado said.

The average price for a one-bedroom apartment in Austin is more than $1,500 for the smallest floor plan, around 600 square feet or less, Conrado said.

In Greater Austin, the price escalation began in March 2021 and has gradually increased through May 2022. The occupancy rate also followed that same trend.

Apartments across all classes saw rent increases of $400-$500 per month, according to multiple submarket reports on Apartmentdata.com. The highest increase was in Class A going up by about $500 a month with modern, top-of-the-line construction and amenities less than 10 years old.

Zach Shoaib, a software developer at General Motors, and his roommate felt the sharp increase in rent when they started looking to move from West Campus by The University of Texas at Austin, where they paid $1,700 a month for a two-bed, two-bath apartment to Northwest Austin, to be closer to Apple and GM.

They found a Class A two-bed, two-bath apartment on Parmer Lane close to Apple for $1,900, which they thought was a great compromise.

“If you’re flexible on location and you’re open to the northwestern suburbs or even Cedar Park or slightly outside of Austin city limits, you’ll definitely have more options that will be a little bit less of a sticker shock,” Conrado said.