Central Health is exploring options to provide a cash injection to its employees with minimum wage salaries. (Courtesy Fotolia)

As residents in the city of Austin grapples with increasing housing costs, Central Health is exploring options to provide a cash injection to its employees with minimum wage salaries.

At Central Health’s Budget and Finance Committee meeting on Jan. 22, managers approved a request from staff to explore the financial effects of increasing the minimum wage for all Central Health employees to a $15 an hour wage.

Specifically, staff want to examine what effects that wage bump may have on wage compression in Central Health's pay structure. Wage compression happens when there is little difference among pay rates for workers in an organization, regardless of skill level or experience, according to the Society for Human Resource Management.

“It is easy just to bump people up to the $15 [per hour], but what happens in the middle—it is a domino effect,” said Susan Willars, enterprise vice president of Human Resources for Central Health.

Central Health staff investigated the fiscal effect of increasing all staff pay to a $15 per hour minimum wage following an initiative to do so by managers in December.

According to a memo written by Willars, staff found it would cost Central Health, Travis County's health care district, an additional $46,424 annually to increase all employee wages to that level.

The review found CommUnityCare is the only organization within the Central Health Enterprise that had employees earning below $15 per hour. The organization currently has 43 employees that would be affected by the wage bump.

Willars told committee members a financial analysis on the risk of wage compression would take her department approximately three months to complete.

“I’m asking to allow us a little more time to look at this a little closer and provide you a true analysis of what the impact is,” Waller said.

A recent study by MagnifyMoney, an independent financial research organization, found the city of Austin is the least affordable housing market in the nation for its minimum wage workers. According to the study, minimum wage workers in Austin would have to work 200 hours in a month to be able to afford the city’s median rent of $1,220.
Tags: Central Health , minimum wage , austin cost of living
SHARE THIS STORY 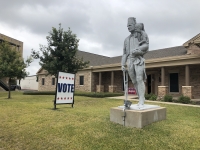 MAP: Find where to vote early Feb. 18-28 in Northwest Austin

Voters can cast their ballots at any polling location in their respective county. 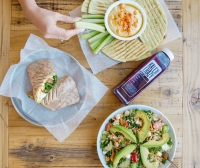 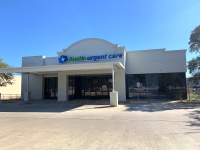 This will be the first location for Tsaocaa Tea in Texas.