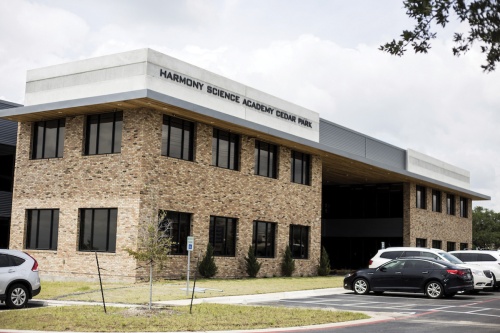 As education methods continue to advance, parents in Northwest Austin face a vast number of options for their children’s education.

The area alone has three public school districts—Austin ISD, Round Rock ISD and Pflugerville ISD—numerous private schools and 14 charter schools, each with their own special programs and missions.

School choice continues to grow as charter schools, such as Harmony Public Schools and Premiere High School, expand their presence.

But as alternative public schools grow in popularity, traditional public school advocates criticize charters for having fewer regulations, such as  teacher certification requirements.

“The playing ground should be the same, where all the rules apply,” said Vernagene Mott, Pflugerville ISD board of trustees president. “We have to go by state and federal rules. We are
accountable.”

How charter schools are funded

Unlike public school districts, however, charter schools do not receive funds from local property tax revenue, Culbertson said. They do receive state and federal tax funding, but they do not have access to state facilities allotments.

“We just have to get creative with smaller budgets,” said Victoria Stockstill, Harmony Public Schools’ Austin director of outreach and development. “We rely a lot more heavily on philanthropy and local funders to help support our initiatives. But we are able to do more with less in some cases.”

The Texas Legislature created charter schools in 1995 to innovate the public school system, Culbertson said. The initial goal was to provide services for students whose needs were not being met. Now charter schools typically open in areas where there are no other alternatives to public schools or where a community feels it has needs not met by the traditional schools, Culbertson said.

More than 5,000 students were enrolled in Northwest Austin area charter schools in the 2015-16 school year, according to TEA.

Stockstill said the charter found that in lower-income areas of the city—including Rundberg Lane in North Austin—students are drawn to the school not because of its science program but because they think it is a smaller, safer environment.

“Where you’ll see a lot of charter schools traditionally pop up is where another school is struggling,” she said. “Maybe they’re overcrowded; maybe they’re struggling academically; so it’s just a different option for families.”

The average class size at the independent school districts is actually the same as Harmony Public Schools in Austin—each class size was about 14 students in 2015-16, according to data from the Texas Tribune. NYOS Charter Schools had an average of 12 students in each class.

Stockstill said even as Harmony expands to more affluent areas, such as its new location on Anderson Mill Road, some parents still choose the school because they think their children will be in smaller classes.

Other charters such as Premier High School in North Austin—which just moved to a larger facility on Wells Branch Parkway at MoPac in August to meet demand—offer an alternative method of learning for students who need to catch up on credits or hope to graduate early.

“Overall we are seeing that more students are looking for an individualized education,” said Billy Rudolph, director of communications for Responsive Education Solutions, which operates Premier High School.

For some Northwest Austin parents, the key benefits they find in traditional public schools include their children making more diverse friendships and building a neighborhood community through the schools, Gracywoods resident Brian Crandall said.

Crandall’s two children attend River Oaks Elementary School, where he said he and his wife both like the administration, the teachers and the diverse community.

“I like having my kids connected to the community and being able to interact with kids who have all sort of backgrounds and be able to get to know them,” he said.

The Crandalls initially considered charter schools but did not find that the charter schools in their area—Harmony Public School and NYOS—offered that much better quality. Additionally, Crandall said public schools bring neighborhoods together as children meet other children at their local schools and parents meet other parents.

“It’s only getting better in our neighborhood as the community dynamic changes and more parents get involved,” he said.

The Settlement Home for Children in North Austin, a nonprofit that provides care for foster children, primarily enrolls children in its services in a charter school on the grounds run by The University of Texas Charter School System. Three of its children, however, enrolled at Lanier High School this year.

Darcie DeShazo, executive director for The Settlement Home, said because their students have experienced trauma and abuse, traditional public schools may present high-risk situations. The home does see benefit in traditional schools, however. She said if it has a student who can handle the larger school, The Settlement Home will send the child to Lanier.

“We want our kids to have all the opportunities and all of the normal high school experiences that kids deserve,” DeShazo said. “Like being able to play sports, go to prom and make friends out of the home.”

Charter school supporters such as Stockstill see the schools as the expansion of choice, but public school advocates such as Crandall argue they cause greater fragmentation in the education system.

“Schools of choice is what we feel all parents should have,” Stockstill said. “We—and I think everyone in education—just feel like the power should be with the parents in one way or another.”

Although Crandall sees the benefits of charter schools and agrees parents deserve to make the decision themselves, he said he still has concerns.

“It feels like charter schools are just another way to fragment out and cause disparities in the school system,” Crandall said.
SHARE THIS STORY