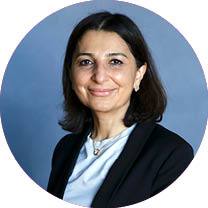 Los Chilakillers is the third restaurant owned by Mina Ibanez, who also developed all of the original recipes. (Sumaiya Malik/Community Impact Newspaper)

In 2018, Mina Ibanez lost everything in her second restaurant in Cedar Park to her business partner. Ten years before that, she lost ownership of her first, in Georgetown, to her ex-husband.

She said she was 47 and broke, and her friends advised her to retire to spend time with her granddaughters. But Ibanez had the experience of running a restaurant, a passion for cooking and original recipes she had developed herself. She did not retire.

On May 8, 2020, in the middle of the pandemic, she opened Los Chilakillers, a new concept Mexican mercado restaurant in North Austin serving chilaquiles.

Chilaquiles are a traditional Mexican dish made with corn tortillas cut into quarters, lightly fried and then simmered in a sauce made of green or red salsa. It is topped with a variety of proteins and cotija cheese.

Ibanez said the chilaquiles recipe she had perfected living in Austin for 35 years became her trademark and drew customers across Greater Austin who knew authentic Mexican.

Los Chilakillers, “the house of the killer chilaquiles in Texas,” at the intersection of Parmer Lane and I-35, cooks a secret family recipe from San Luis Potosí, México, and is inspired by trips to the local fondas, or street markets that sell food.

“For two years, I was mixing different cheeses, different sauces, different everything, just to make sure that I had the right flavor of the Longhorn chilaquiles,” Ibanez said. “When you eat it, it’s like a completely different experience, like an explosion of flavors in your mouth.”

Los Chilakillers offers options for toppings such as different cuts of meat and cactus. In-house salsas include Austin-inspired 360 Chilakiller, 620 Chilakiller, Old 183 and Lamar.

Ibanez fries the tortillas every day, and Ibanez said she claims no other place in Austin has them like hers.

A bright red and yellow interior with “Hot and sexy,” Los Chilakillers, and street graffiti painted on the walls, the restaurant can seat 40.

Other items on the menu include market-style fajitas, tacos, enchiladas and even a low-carb keto plate all with a spice level requested by customers. The flan, according to Ibanez, is another perfected family recipe.

The business is now two years old, and weekends have a two-hour wait, something that has become the norm, Ibanez said. But it was not always like that. Los Chilakillers suffered earlier in the COVID-19 pandemic, but word got out, and customers started coming.

Ibanez has 10 different salsas on the menu and sells one “hot and sexy salsa” to honor women who start their careers late.

Known by her followers on Instagram as “thesexychefmina,” Ibanez said she believes women are attractive at every age.

“So don’t let anybody make you feel what you are not,” Ibanez said.

Editor's note: This story was updated to correct the photo credit for photos taken by Taylor Elliot/@thiccboymedia.