Northwest Austin eatery features a taste of the Himalayas

Hidden away in a shopping center located off Research Boulevard, Himalaya Kosheli owner Devi Bhetuwal wagers his restaurant may be the sole place to find several ethnic Nepali dishes throughout Austin.

“There are many things we serve [other restaurants don’t serve], like choila,” Bhetuwal said. “We serve some of the most authentic Nepali food.”

Now just over a year old, Himalaya Kosheli dishes out cultural cuisine from Bhetuwal’s native Nepal. Bhetuwal opened the restaurant alongside his longtime friend and compatriot Bhim Limbu, who has taken over as head chef after a decade of experience cooking at other local Indian cuisine establishments, Saffron and Bombay Bistro.

Limbu now sends several dishes originally from the Himalayas out of his kitchen, including variations of momo, a Nepali dumpling. While other restaurants in Austin may serve momo, Bhetuwal said Limbu is the only chef making chili chicken and chili vegetable dumplings.

Himalaya Kosheli also serves sekuwa, which Bhetuwal reports as his personal favorite dish. Sekuwa is marinated and barbecued meat or vegetables on a skewer, and the restaurant offers options such as lamb or mushroom.

Diners curious about Nepali cuisine can further dive into the menu with Limbu’s chicken, lamb or vegetable choila, which is a marinated, spiced and grilled dish native to the Kathmandu region of Nepal.

The restaurant offers a daily lunch buffet that features many of the restaurant’s Nepali dishes, such as its Himalayan goat curry, as well as traditional Indian fare, including butter chicken and chana masala. From Friday to Sunday, Bhetuwal said the restaurant adds a rotating dish to its buffet.

Mizzen+Main plans to open in March. 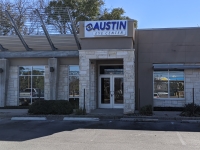