28 amendments and Mark Wahlberg: What has happened in the MLS-to-Austin debate since Thursday 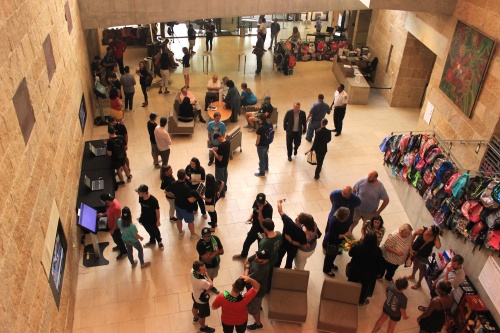 What a difference five days can make. Last Thursday night, Austin City Council decided to delay a vote on whether it would authorize staff to negotiate an agreement with Precourt Sports Ventures to bring the Columbus Crew SC team of Major League Soccer to Austin.

City staff has negotiated a term sheet outlining an agreement with PSV, and if council approves the ordinance Wednesday in its current form, it would be the final council action needed in the process to bring the MLS to Austin at a new stadium at 10414 McKalla Place in North Austin.

On the eve of Wednesday’s 9 a.m. meeting, the news has come in waves—even actor Mark Wahlberg has become involved. Here’s what you need to know to catch up.

Rather than reviewing all the council members’ proposed amendments late Thursday night and into Friday morning, council decided to discuss the revisions to the term sheet Wednesday morning.

District 2 Council Member Delia Garza has proposed an amendment requiring PSV to construct bus and transit facilities, per Capital Metro’s design and approval, at a cost of no more than $640,000, and requiring PSV to pay $3 million to Cap Metro over a period of 15 years.

District 9 Council Member Kathie Tovo released a list of 11 amendments mostly focused on the community benefits PSV will provide to Austin, including one requiring PSV to provide “free, live, outdoor screenings” of games in public areas throughout the city. One of District 4 Council Member Greg Casar’s three amendments would require the club to begin an affordable ticket program, offering 1,000 tickets on average to each regular season match below listed prices, including 200 offered at less than $20 in the first year.

On Tuesday afternoon, PSV issued its response to each of the amendments. The Crew's investor-operator group accepted 10 amendments, rejected 13, and issued one "maybe" and four partial agreements.

PSV agreed to Garza's lone amendment, proposing language in the term sheet that would allocate funds for transit facilities as well as the $3 million contribution over 15 years. Some of the amendments PSV declined to agree to included the increased rent proposed by Troxclair and the additional funds to public agencies proposed by Pool.


Council members go back and forth on social media

On Saturday afternoon, Pool posted on her Facebook page a message that appeared to criticize her colleagues’ handling of the process, although she did not reference PSV or any council member by name.

In a response to a comment on his post, Flannigan said Pool’s message was “a good sentiment that applies to a number of issues.”

“It’s not an accident. She posted it first and I felt it was a valuable sentiment, tweaked slightly,” Flannigan said from his account.

In maybe the most unexpected twist of the months-long story, local Columbus TV station WSYX asked Wahlberg if he would be interested in purchasing the Crew and the actor responded he “certainly would.”

“I think that’s something we may need to discuss,” Wahlberg said.

Maybe @markwahlberg will #savethecrew! The actor shared interest in buying the team with @benwsyx6 while he was visiting his new #cbus car dealership. https://t.co/ivbGAZk8OO pic.twitter.com/yTXprsH7rs

Ahead of Wednesday’s meeting, The Columbus Dispatch reported that Pool had visited Columbus to speak with the Crew’s supporters group and tour the grounds of the stadium.

Morgan Hughes, one of the leaders of Save the Crew, a local fan movement to keep the Crew in Columbus, said Pool stopped by one of the group’s leadership meetings.

THREAD: As @AEricksonCD just reported, yesterday evening I was fortunate enough to spend some time with @LesliePoolATX and I’d like to share some thoughts with you if I could. #SaveTheCrew