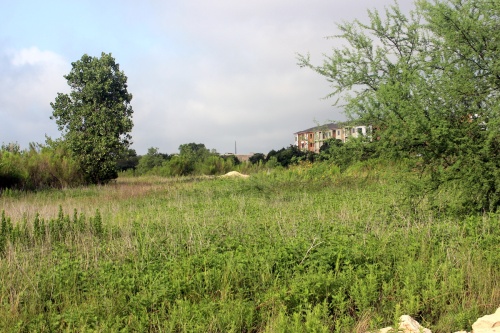 The undeveloped McKalla Place site is surrounded by new development under construction.

Late Wednesday night, the city of Austin posted a revised term sheet that includes new nonrelocation terms should Precourt Sports Ventures violate its agreement with the city and move the soccer club.

The new terms outline that PSV would have to either pay the city, as liquidated damages, an amount of $1 million multiplied by the number of complete lease years remaining in the agreement or that PSV would be responsible for demolishing the Major League Soccer stadium and bringing it back to a developable condition.

The revised terms also state that PSV would "retain the exclusive right in its discretion" to impose a ticket surcharge to cover certain costs, such as transportation, shuttle services, Park & Rides and capital expenses.

Financial contributions PSV would make to area nonprofits and for complimentary tickets were also changed to lower amounts. The estimated community benefits over 20 years is expected to be about $72.8 million instead of the original figure of $95.9 million. Over 50 years, the revised benefits are expected to reach almost $253.3 million.

On Thursday, Austin City Council will consider whether to officially negotiate and execute a deal with Precourt Sports Ventures to build a Major League Soccer stadium.

Just two days before, four council members, led by Leslie Pool of District 7, laid out new terms and principles they would like to see in the deal. PSV submitted its proposal June 1 to build a $200 million, 20,000-seat stadium at 10414 McKalla Place. The 24-acre site is in North Austin near Burnet Road and Braker Lane.

“We believe that each of our proposed changes would make this a stronger deal for the city and look forward to discussing them this Thursday,” Pool wrote Tuesday on the council message board.

More information is available on the council message board here. View the entire proposed new terms below.