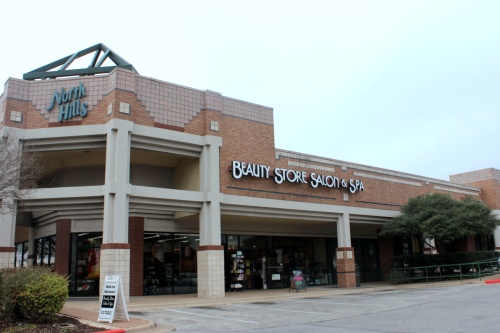 Retail rental rates in Northwest Austin are increasing, but industry experts say the area remains an attractive option for small-business owners compared to many other parts of Austin.

From 2006-17, the average retail rental rates for spaces over 5,000 square feet in Austin rose from $17.37 to $21.51 per square foot, according to a report from commercial real estate company NAI Partners.

From January through October, the Northwest Austin ZIP code with the lowest average retail rental rate for spaces over 5,000 square feet is 78750, which includes Anderson Mill and areas west of Spicewood Springs Road and north of RM 2222. In comparison, the 78726 ZIP code, which encompasses RM 620, had the highest rate, according to the report.

Michelle Doyon, who owns Michelle’s Patisserie on RM 620 in the 78750 ZIP code, said any increases in her rent have not negatively affected her business over the past decade.

“My rent has gone up, but my business has grown a little bit each year so it has worked out,” she said. “It was not such a huge increase in rent that I was not sure how I was going to afford it.”

“Throughout [US] 183 you can find spaces almost anywhere, and that helps keep rates at a reasonable price,” he said.

Although commercial rent in Northwest Austin is not as affordable as it is in some surrounding suburbs, its central location makes it attractive to business owners who cannot afford rent prices in downtown but also do not want to move too far from any customer base or employees’ homes, Creixell said.

“That’s a big advantage of an office in Northwest Austin than downtown or south or far north,” Creixell said.

Kathryn Albarado, president of Dagar’s Catering and partner company dna events, said her family business, which has been in operation since 1952, moved to Kramer Lane in 1992 because of the location’s convenient access to I-35, US 183 and even RM 620.

“Any place we want to get, we can get there relatively quickly because of our location,” Albarado said. “We are really at the center of all the major thoroughfares.”

Newer small businesses can benefit from operating close to a large customer base in Northwest Austin if they can find a way to afford the rent, said Lance McNeill, program manager for the Small Business Program of Austin’s Economic Development Department.

“Because you have a dense population in Northwest Austin, they can go get better services and better restaurants in a closer area,” he said.

‘We’re pricing ourselves out’

Most commercial leases include a triple net clause that is separate from fixed rental rates. Even if a business owner agrees to a fixed rent, the triple net clause stipulates that property tax, insurance and maintenance costs are subject to change. Creixell said property taxes, which are set by the county’s appraisal district, appear to be causing the most increase in triple net rates.

“Suddenly now we have triple nets doubling or tripling,” he said. “When you’re trying to budget and plan ahead and suddenly get a big bill, it hurts everybody.”

Traffic also presents concerns for business owners because it can discourage customers from traveling across the city to visit a business, especially during rush hour, Creixell said.

“That’s an aspect of Northwest Austin. If you work and live there and you go to retail there, then there’s no need to go far,” he said.

Determined business owners may be able to succeed in Austin, but Creixell said the challenges are still growing for both new and old small businesses.

“It really seems like we’re pricing ourselves out of being the cool city that we are,” Creixell said.

Despite the challenges that small-business owners face in Austin, McNeill says resources are more readily available than in other cities. When he works with business owners who moved from out of town, he said they are often impressed with the city’s support system.

“They’re usually like, ‘Wow, I had no idea there was so much help available and so many resources, organizations and people to talk to that are vested in my success,’” McNeill said. “A lot of people, wherever they came from, say those sort of ecosystems didn’t exist.”

He said small-business owners also benefit from a customer base that wants to support small businesses.

“People want to visit our local coffee shops because they’re more a part of the fabric of the culture that they can identify with and what makes Austin unique,” McNeill said. “I think [small businesses] are able to compete with [national chains] because our consumers are very conscious about supporting small business and shopping local whenever they can. We’re fortunate in that regard compared to a lot of other places.”

Sheila Hawkins Buckalew, a jewelry designer based out of Northwest Austin, found support from local groups such as the Small Business Program and the Greater Austin Black Chamber of Commerce. An East Coast native, she said Austin’s unique opportunities and resources have helped her get her business off the ground in ways that she has not seen in other cities.

“There’s so many support groups, you can’t even imagine,” Hawkins Buckalew said. “You can go to a business event every night here. My biggest issue with that is deciding when to go and where.”

“When you’re good at what you do, you can compete with anybody,” Creixell said.