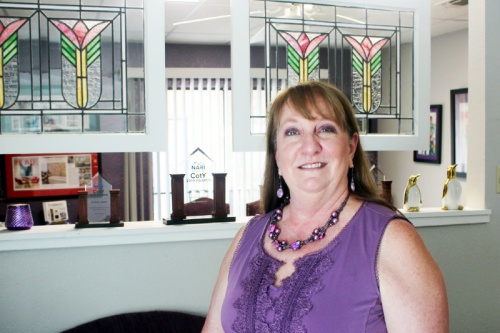 As a female running her own remodeling business in a male-dominated industry, Debbie Adams said her attention to detail gives her an edge.

“Personally, I believe women have a better eye for detail, and in this industry it’s all about the details,” Adams said.

Adams—whose company focuses mostly on kitchen and bathroom renovations—said she has also enjoyed building lifelong relationships with her clients.

“I have people that call me or send me an email [and say], ‘I still wake up and I love my kitchen every day.’ That’s the benefit,” she said.

But being a woman running her own remodeling business still presents some challenges, she said. When she began visiting job sites, Adams said it was hard for some subcontractors to take direction from her.

“That was a big challenge to overcome,” she said. “When I was on my own I really got a lot of respect from them because they realized my name was the one on the check.”

After moving to Austin in 1984 from Houston, Adams spent 12 years as a secretary for a high-end homebuilder. It was there she learned the ins and outs of the trade and worked her way up to project manager.

Adams later met her husband, Pat, who also was a homebuilder, and the two ventured out together for five years until he died in 2012 from colon cancer. Adams said she was undecided on what to do after her husband’s death but ultimately decided to start her own company.

“I figured until God showed me something else I was to be doing in life, this is what I would be doing,” she said.

Since 2016, Adams has had a home on the National Association of the Remodeling Industry tour in Austin, gaining her esteem for her work. Having a home on tour helps give future clients ideas for their own homes, Adams said.

“In Austin, lots of homes are 30 and 40 years old and they all need updating, so the business isn’t going to slow down,” she said. “... People are still going to want to update their kitchens and bathrooms.”

As interest in trade jobs declines, Adams Co. owner Debbie Adams said workforce development groups are reaching out to middle and high schoolers to build interest in the construction industry.

Benefits of working in a hands-on industry include not having any college debt and eventually being your own boss, Adams said.

“You’re making money right away, and you’re learning on the job,” she said.