Bear claws are one of the most popular items alongside other baked goods and deli meats. (Warren Brown/Community Impact Newspaper)

Uwe Theis is living the American dream as the owner of Uwe’s Bakery & Deli in New Braunfels.

Born and raised in Germany, Theis studied and worked as a baker for six years before going to school to earn a degree that certified him as a master baker and pastry chef.

This year, Theis will celebrate 35 years as a baker, but the road to success and independence wasn’t without it’s challenges. 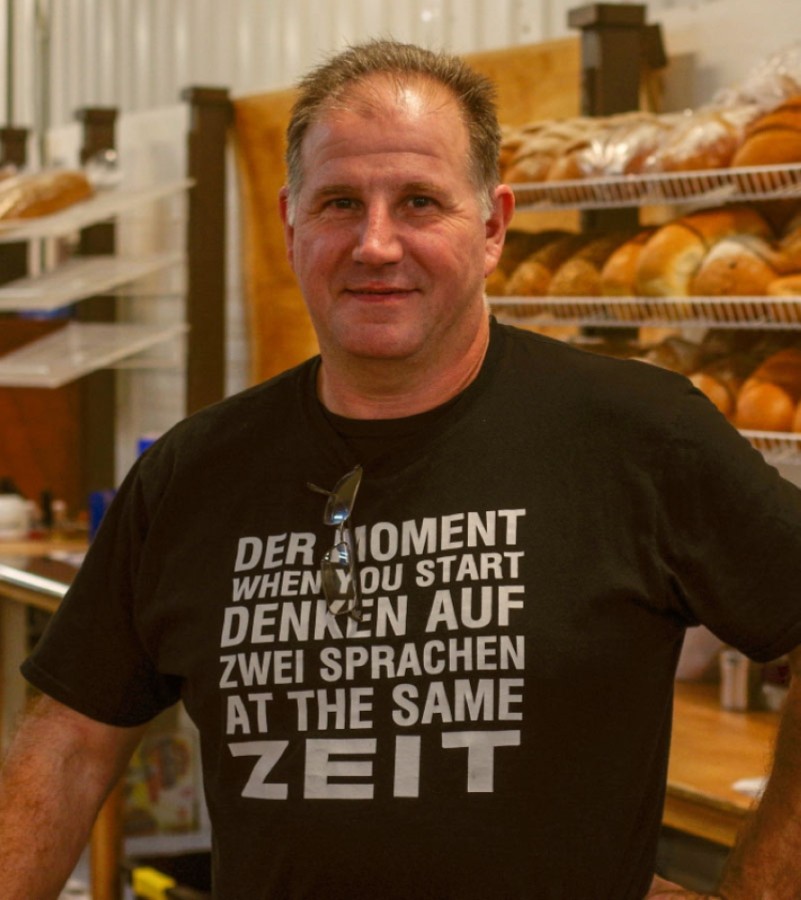 Theis said he arrived stateside in 2006 with $663.10 and he slept on a park bench while he saved money from his job at Friesenhaus.

His strong work ethic saw him through more ups and downs that include a soured partnership on a previous venture, and a health scare shortly after opening Uwe’s in 2015.
RELATED STORIES

Today, Uwe’s features a dining room, a bakery and a wholesale operation that never sleeps.

Bread, made without preservatives, filler or sugar, is sold to a number of restaurants, grocery stores and upscale hotels in San Antonio, Austin and everywhere in between. It’s also sold in his store alongside a diverse offering of other baked goods, pastries and deli meats.

While some sweet goods like the bear claw are customer favorites, Theis’ go-to is the versatile kosaken bread that he suggests pairing with butter or cheese, or as a sandwich.

“When you eat this bread, the sugar level is never rising up and falling down,” Theis said. “It’s very slow and needs a long time to digest, but it’s really, really good.”

Although the dining room was temporarily closed due to the coronavirus, Uwe’s continued to supply bread to Granzin’s Meat Market and Arlan’s Markets across the region.

The dining room has since reopened as permitted by the state.
Uwes Bakery & Deli Uwe Theiss bakery New Braunfels
SHARE THIS STORY