From the window of a trailer fitted with two competition smokers, brothers Marcos and Rey Coronado have served up some of the best barbecue found in Texas Hill Country.

Parked near County Line Road on South Seguin Avenue, the brothers at Coronado’s Sweet Heat BBQ have built a loyal fanbase with their family recipes and a willingness to buck some of the genre’s trends.

“You can go everywhere else and get just salt and pepper rub on everything,” Rey said. “We want to add some flavor and different seasonings in there and spice it up a little bit.”

The Coronado brothers opened their business a little more than two years ago after Marcos said the barbecue bug bit them. Since then they have combined Texas and northern barbecue styles.

Previously Michigan residents, the brothers moved to Texas to care for their mother, whose recipe for Blueberry Buckle is a popular dessert item and a change of pace from the pie and cobbler offered at many barbecue eateries.

“Our mom used to make that Blueberry Buckle every barbecue up in Michigan,” Rey said. “It was the first thing gone.”

While Marcos said customers have been known to swing by just for the Blueberry Buckle, items such as Sweat Heat Baby Back Ribs, Cherry Glazed Pulled Pork, sausage and brisket are the showstoppers.

During the winter, the family recipe for menudo also joins the menu. Specialty items such as mango habanero ribs occasionally pop up on the menu as well.

“If you change it up, people tend to try it,” Marcos said. “It just opens everybody’s taste buds.”

Temporarily open Friday through Sunday due to the coronavirus pandemic, Marcos and Rey hope to resume their normal hours of operation in July.

Coronado’s is open until 6 p.m. or until it is sold out. 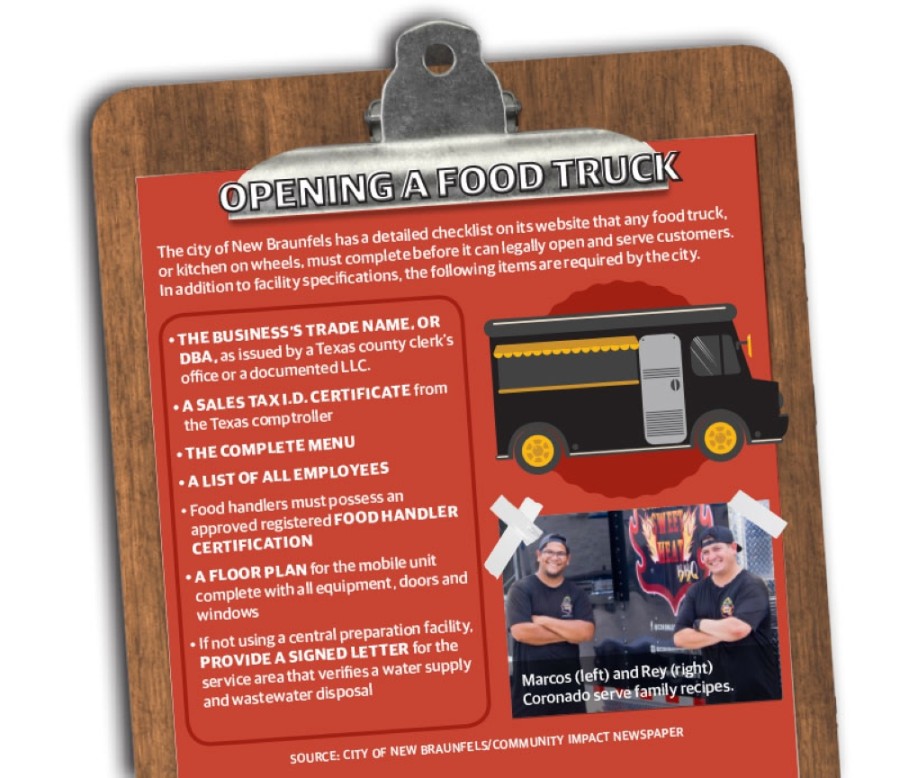