The new development is expected to be constructed by the end of 2021. (Courtesy Woolsey Design Build)

The property was originally built in the late 1920s and was used as an office building for Landa Industries, according to Amy McWhorter, the city’s historic preservation officer and downtown development coordinator.

The first public library in New Braunfels was also briefly housed there, and in the 1960s it became Modern Beauty Salon, which operated in the building until its closure in early 2020.

Local development firm Woolsey Design Build purchased the property, along with two adjacent properties located at 189 and 207 E. San Antonio St., in 2019 before proposing to construct new commercial and retail spaces with the goal of revitalizing the area.

“I would say that (East) San Antonio Street is really the last street downtown that has not been brought up to speed,” said Matt Schuman, vice president of Woolsey Design Build.
RELATED STORIES

• 'We still have a long way to go': Central Texas physician answers questions about COVID-19 vaccine

During a January 2020 meeting, the New Braunfels Historic Landmark Commission recommended a partial permit of demolition for the full demolition of 207 E. San Antonio St. and partial demolition of the other two properties.

Woolsey Design Build initially applied for a certificate of alteration to demolish the structures in November of 2019, but the commission delayed its decision on the buildings until the firm conducted research into the possibility of relocating the traditional German fachwerk-style building, located at 189 E. San Antonio St. 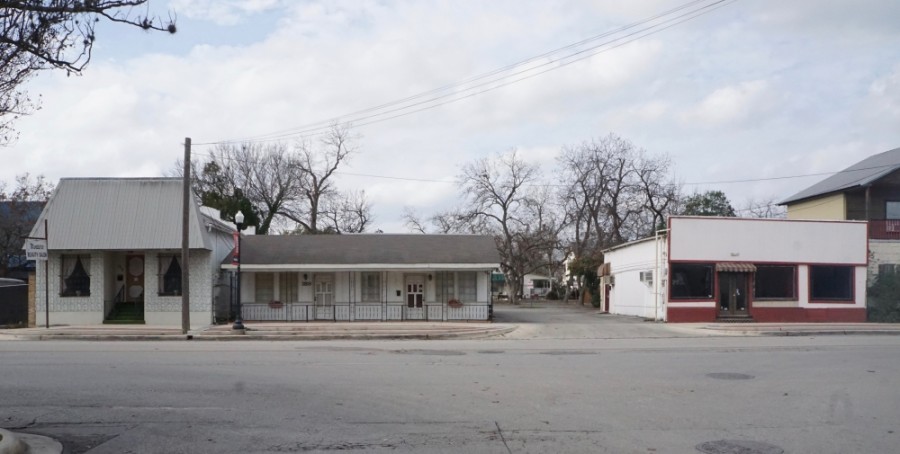 The fachwerk home was constructed in the 1850s for early settler Otto Lindner. Like the other properties, the building has been altered throughout its history, and the roofline has been lowered, though the original basement remains intact, McWhorter said.

The property at 207 E. San Antonio St. was completed in the late 19th century and was originally a commercial building. Once In a Blue Moon, a boutique and gift shop, occupied the building until its closing in December.

Structural engineers who inspected the properties determined all three to be dangerous and in need of safety updates, Schumann said, adding the design group determined that moving any of the buildings would be too costly to consider.

“There was no way to occupy those buildings safely,” Schumann said. “What we’re trying to do is find that happy medium between new construction and old construction.”

At a February 2020 New Braunfels City Council meeting, the company was given the approval to raze all three structures to make way for the new development and a rear parking lot.

Progress on the project moved slowly through 2020 as Schumann and his associates adjusted their design plans and worked to obtain the required permits.

After news of the planned demolition was announced, New Braunfels resident David Harmann approached the firm with an offer to purchase and remove the building located at 173 E. San Antonio St.

“I’ve been involved in historic preservation work for over 50 years here in New Braunfels,” Hartmann said. “When I heard that this development is going to take place and that they were going to dismantle the buildings... I became quite concerned."

Hartmann said he initiated talks with the Woolsey group, who own the property and will be spearheading that development, and worked out a deal to purchase the building and move it within a certain timeframe.

In order to safely move the structure, any material containing asbestos had to be removed prior to relocation, Hartmann said.

Hartmann, whose family has worked in the pharmacy industry in the city since 1850, plans to restore the building to house his collection of items from many of New Braunfels’ original pharmacies.

The collection includes artifacts from family-owned businesses such as Richter’s Pharmacy, which once served the New Braunfels community until competition from chain stores contributed to their closures, Hartmann said.

After it has been renovated, the building will be known as the Historic Richter’s Pharmacy Collection and will be open for tours by appointment only.

“I’m using my own private funds to restore the building,” Hartmann said. “My project is to leave all of this to the citizens of New Braunfels.” 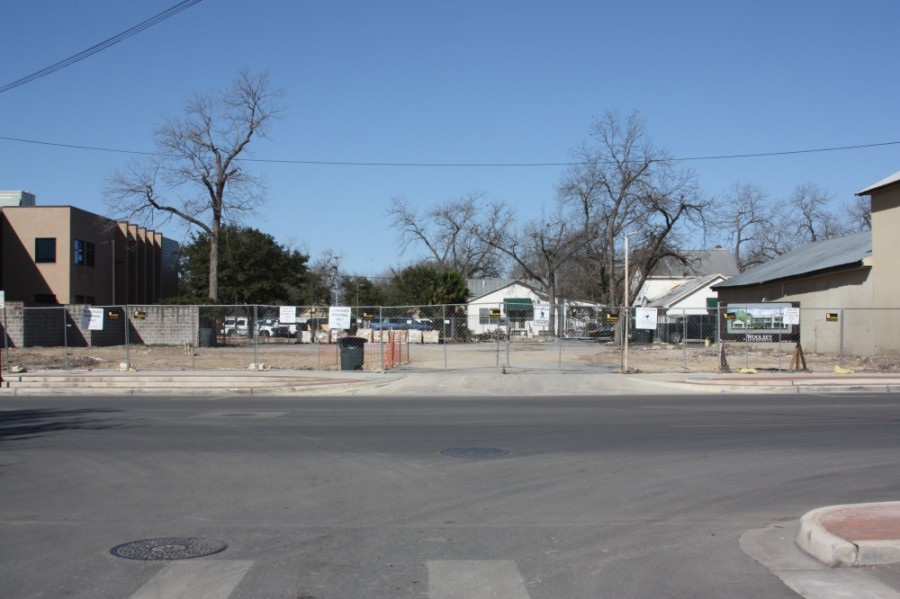 The remaining two buildings were dismantled at the end of 2020, Schumann said, and added his team is expected to submit their final plans to the city for review within two months. He hopes to begin construction in early spring.

Crews salvaged wood beams, adobe brick and other materials from the original buildings to utilize design elements as well as an education display dedicated to the history of the property, Schumann said.

Once construction begins, work is expected to last approximately six months, and several business owners have expressed interest in the future retail space, he said.

“We’re going to kind of capture what was there. We’ve learned a lot from going through all of the historic meetings,” Schumann said.
New Braunfels Woolsey Design Build Matt Schumann
SHARE THIS STORY

Crews are currently working to assess water quality in the system.

New Braunfels Utilities has announced that it anticipates the majority of customers will have water services restored by Feb. 20.