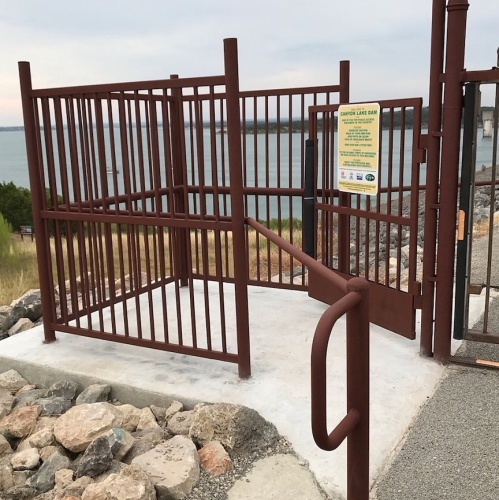 A handicap accessible gate was one of multiple ADA upgrades made to the Canyon Lake Dam walkway in the past year.

The area was temporarily closed while authorities brought the walkway up to Americans with Disabilities Act standards.

Improvements include the installation of a handicapped accessible entry gate and the addition of bump-stops to prevent individuals from rolling over either side of the dam.

The project was a collaboration between the Canyon Lake Dam Community Alliance, the Guadalupe Blanco River Authority and the Army Corps of Engineers.

"The funding for the bump stops came via donations from WORD (Water Oriented Recreation District) and GBRA, and were facilitated by the Dam Community Alliance," said officials with the DCA. "It's basically a happy circumstance and privilege that the community gets to enjoy it in such a way. It's one of the few dams in the nation that this kind of activity is permitted."