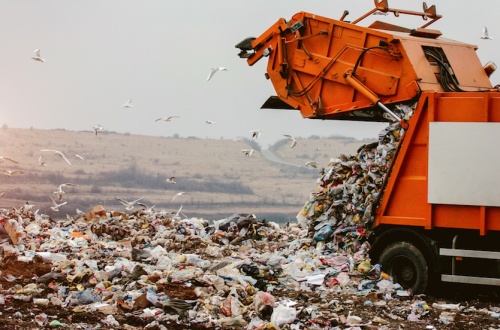 Opponents of a proposed landfill in Guadalupe County say it could have negative environmental impacts because of its location in the Carrizo-WIlcox Aquifer recharge zone and its proximity to the Randolph Air Force Base Auxiliary Airfield.

On Aug. 8 the Texas Commission on Environmental Quality approved an application from Post Oak Clean Green Inc., which hopes to incorporate a Type 1 municipal solid waste, or MSW, landfill on FM 1150 in Guadalupe County.

The Guadalupe County Groundwater Conservation District, Schertz-Seguin Local Government Corp., the city of Seguin, the city of Schertz and Guadalupe County have been long-time opponents of the landfill, which they say threatens the groundwater supply in the Carrizo-Wilcox Aquifer as well as the nearby Randolph Air Force Base Auxiliary Airfield because the landfill has the potential to attract large birds.

Alan Cockerell, general manager of the SSLGC, a wholesale water supplier, said that although the landfill met all of TCEQ’s permitting requirements—including a liner to help prevent aquifer contamination and water well monitoring—he feels the site is still not appropriate for a landfill.

“If you pick up contamination in a monitoring well, the damage has started, so what do you do?” Cockerell said.

According to the TCEQ’s website, a Type 1 MSW landfill can accept all types of municipal solid waste, including household hazardous waste; construction and demolition waste; special waste; some industrial waste; and putrescible waste, which can cause odors when decomposing.
SHARE THIS STORY