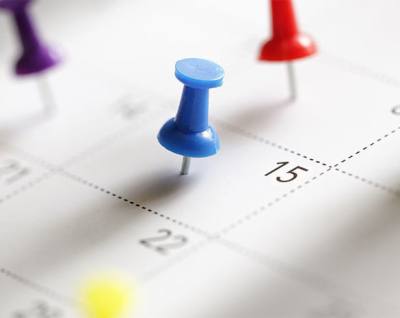 If Leander ISD becomes a district of innovation, it could consider changes to the school calendar.

The Leander ISD district of innovation plan has been posted online for feedback from the community.

LISD's board of trustees initiated the process to study becoming a district of innovation, or DOI, in November. The following month, the board directed district staff to create an innovation plan committee to create a DOI plan focusing only on calendar flexibility.

By becoming a DOI, LISD could have the option to adjust the academic calendar begin the school year earlier and end it before Memorial Day, district spokesperson Corey Ryan said.

“This flexibility could allow for improved equality to grading periods and semesters and make it easier for students taking dual credit or summer learning courses in the summer,” he said.

The Innovation Plan was posted on the LISD website on Jan. 12 with a 30-day window for public input.

The innovation committee was made up of LISD Chief of Staff Matt Smith and fourteen members of the Districtwide Education Improvement Council, including seven staff members and seven parent or community members, according to the plan.

The innovation plan proposes to allow the district calendar flexibility with an exemption from the Texas Education Code 25.0811, which requires the academic year start on or after the fourth Monday in August.

According to the plan, starting the school year before the fourth Monday in August would permit LISD students to participate in college courses after the end of the school year and give Advanced Placement (AP) or International Baccalaureate (IB) students additional time to work on their curriculum.

The plan also states the exemption will balance the fall and spring semesters, causing them to be closer in length, giving teachers “better opportunity to ensure students are mastering key concepts necessary in the grading periods.”

At a meeting in December, four citizens spoke against the DOI with concerns about other exemptions allowed by DOIs.

Smith said that if the district would like to add additional exemptions allowed by DOIs in the future other than calendar flexibility, the board would begin the process to create a DOI plan again, including public feedback.

The district community can read the innovation plan and provide feedback at www.leanderisd.org/DOI.

On Feb. 8, a public meeting will be held about the innovation plan, and on Feb. 12, LISD will notify the Texas Commissioner of Education about the district’s plan to vote on adopting the plan, according to LISD’s website. LISD’s board of trustees will vote on whether to adopt the plan Feb. 15.
SHARE THIS STORY