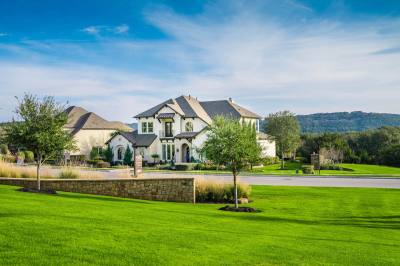 As the city of Cedar Park becomes built out, residential real estate builders are looking for other options for construction.

Vaike O’Grady is the Austin regional director for Metrostudy, a company that compiles data on new residential property and the housing market. O’Grady said that if no new vacant developed lots become available for construction, Cedar Park would run out of single-family vacant lots in less than 12 months. In 2017 the future lots available remained in the 700s, down from highs in the low 1,000s in 2015-16, according to Metrostudy data.

“Right now there are not enough vacant developed lots on the ground to keep feeding demand in the city of Cedar Park,” she said. “Based on what I’m hearing from builders and developers, there is not a lot of land left within the city to develop.”

Data provided by Metrostudy shows that after a surge in developable lots—vacant lots with the infrastructure needed to support homes—coming on the market in Cedar Park in 2015-16, the number of developable lots ready for house construction delivered to the market by developers slowed down in 2017. The number of lots produced and completed in the year prior to Sept. 30, 2017, was less than half of the number of lots in the same time frame in 2013, before the boom.

“Back in third quarter 2013, there was probably more land available,” O’Grady said. “I think what’s happening now is [the city] is running out of supply.”

O’Grady said the future lots left for development are more often higher-density or on smaller lots than those previously available. Cedar Park and other areas have seen an increase in smaller or attached homes as builders try to reach more buyers with affordable options, she said.
“You’re seeing more attached products like condominiums and townhomes in Cedar Park,” O’Grady said. “Part of that is due to the area maturing.”

“The multifamily properties we are seeing in Cedar Park, Leander and Williamson County are built at a different quality level then we’ve seen in the past,” WCREALTORS President Victoria Reviel said.
Metrostudy data shows that the majority of new home construction in Cedar Park from Oct. 1, 2016-Sept. 30, 2017, took place on lots with a front footage of 55-59 feet, with lots under 50 feet being the second most popular size.

“There is definitely demand to live in Cedar Park; they’re just running out of available land to develop,” O’Grady said.

Leander saw the majority of new home construction on 60- to 64-foot or 50- to 54-foot lots during the same time period, but over 100 new homes under construction were on 70- to 79-foot lots, too.
Homes on narrow lot sizes, 50 feet or less, make up a smaller percentage of new home construction in Leander, according to Metrostudy data, but it may not stay that way. O’Grady said Leander has begun to get higher-density developments centered on the city’s pedestrian-friendly, transit-oriented development district.

“Leander is going to benefit from Cedar Park finishing up,” O’Grady said. “[Leander] is still a growing market, and it looks like it is growing across multiple price points and they’re still able to serve a higher-price buyer.”

Allure Real Estate owner Kerry Redding is a real estate broker in the Leander and Cedar Park area. She said housing prices in both Leander and Cedar Park have increased drastically in the past several years but are leveling off now. Data from the Austin Board of Realtors shows that while the median home price in Cedar Park and Leander in 2013 was $229,000 and $175,000 respectively, those prices rose to $292,245 and $271,500 respectively in January to November 2017.

“We definitely have a shortage of lower-priced homes,” Redding said. “[The shortage] is everywhere; you just can’t find something in [a lower] price range, and not everybody can afford a $300,000-$400,000 house on what the salaries are here, so that’s become a very big issue.”

Furthering the costs for homeowners are property taxes, Redding said.

“People that come here from out of state are always just completely flabbergasted by our property taxes,” she said. “When someone’s looking for a home, they definitely have to factor in what are the property taxes going to be on this home and what do I forecast them going up to over time.”

Daniel Gonzalez, the director of legislative affairs for the Texas Association of Realtors, said the organization created the “Stop the Hidden Property Tax” campaign to educate voters and property owners about the property tax system.

“Our property values are increasing [in Texas], but what we have seen, though, is that property owners, they’re kind of perplexed,” he said. “Local officials [in Texas say they] cut the tax rate, when in reality, [homeowners'] tax liability is going up.”

“City Council works diligently each budget cycle to set the lowest ad valorem tax rate possible and still address increased community and service needs that come with rapid population growth,” said Katherine Caffrey, Cedar Park assistant city manager. "While the city has no control over the market-driven property values that are occurring regionwide, our City Council is conscientious of the fiscal impacts to homeowners."

Gonzalez and Redding said that homeowners should be aware of exemptions in their area that can lower property taxes, such as the homestead exemption.

Redding said that new homeowners in Cedar Park will likely turn to resale homes, supporting sellers in the area as the city loses space for new home construction. Meanwhile in Leander, she said there are a lot of options for buyers who want a newly built home, which may make it harder for sellers to get a higher price for their home.

“It depends on the house always and it depends on the neighborhood, but for the most part I always caution people that it might be a little bit more of a challenge [to sell a resale home in Leander] just because we’re surrounded by so many new construction homes,” she said.

Redding said she has noticed that homes are sitting on the market longer than they did in the past few years, yet she would not say the market is slowing down but rather returning to normal. She said she believes residential real estate in Cedar Park and Leander will continue to be fine due to the area’s appealing characteristics and easy access to Austin.

“A lot of the time people want to move to Austin but they can’t afford Austin, so then they end up in some of the outer cities like [Cedar Park and Leander],” she said. “We’ve got really good schools; we’ve got pretty good infrastructure; there are hospitals and shopping areas popping up all over the place.”